After a huge hit of his “Merge” Project, Pak has begun unfolding the new chapter in the realm of NFTs, literally and metaphorically. Pak, in his custom of leaving bits of details about the upcoming NFT drop in teaser tweets, has finally revealed: “Ash Chapter One – Carbon” on burn.art.

“Chapter one Carbon” is a dynamic NFT collection. Not only that, but it is also the first Ash drop, and is made essentially for the Ash community. Carbon only accepts $ASH, which is a social token created by Pak. The project is in collaboration with Manifold Studios.

“Chapter One – Carbon” includes 1000 NFTs, out of which one is a single edition called “Three Thousand Eight Hundred Twenty Five Burned Cubes,” while the remaining 999 is a collection titled “Carbon edition of 999”.

In this particular NFT drop, Ash will play a key role in the auction of these NFTs. The auction will take place at his NFT burning platform called burn.art at 6 PM CET 20th January. Speaking of NFT burning, $ASH tokens are obtained when you burn NFTs. For every NFT you burn, you get ashes in return, this is how $ASH is minted.

Only $ASH holders can enter a bid in this auction. The highest bidder receives the single edition, while the other bidders including the winner will each receive an edition from the “Carbon edition of 999.”

After distributing it to the bidders, half of the remaining NFTs will go on sale for 600 $ASH, and the other half will be distributed to the community.

The process of distribution is explained below:

The Carbon project will be continued in Chapter Two, so this is just the beginning. Interestingly, Pak also tweeted that the mechanism of the next chapter will be completely different from the first.

Pak has evolved his NFTs anew with this project that has also added major utility to $ASH tokens. His ‘Merge’ NFT has smashed all records that were ever made in the NFT space with its sale worth $91.8 million in 2021. It appears that the Carbon project may unfold into a myriad of greater opportunities for NFT enthusiasts.

US FSOC Raise Concern About Stablecoins And Digital Assets

Growing risk of cryptocurrency has been underlined by top financial officials in the United States.

SEC Commissioner Elad Roisman to Depart the Agency by January

Elad Roisman stated in his resignation announcement that he had written to President Joe Biden to notify him of his decision to depart the SEC. 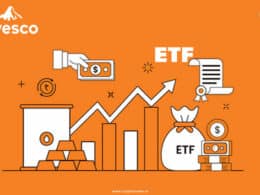 Invesco Files For Bitcoin Strategy ETF With The SEC

The Fund is “non-diversified” and therefore is not required to meet specific diversification requirements under the Investment Company Act of 1940. 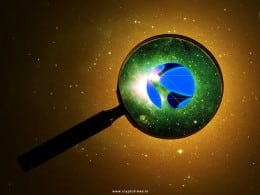 South Korea’s Grim Reaper team consists of 48 individuals, including seven lawyers and financial services experts who will be looking into the Terra crash.
Total
0
Share