Stripe, the online payments company does not seem to rule out the possibility of not accepting cryptocurrency as a method of payment in the future, as per the Co-founder John Collison.

On Tuesday, at the Fintech Abu Dhabi festival, when asked if Stripe would start accepting crypto as a method of payment again, Collison said: “We don’t yet, but I think it’s not implausible that we would.”

He further added how cryptocurrencies mean different things to different people. And so, is not quite relevant to what they do at Stripe.

However, he further explained, “There have been a lot of developments of late with an eye to making cryptocurrencies better and, in particular, scalable and acceptable cost as a payment method.”

Collinson said the emerging innovations in digital assets are quite promising like Solana which is a competitor to Ethereum, the world’s second-biggest digital currency- and also “Layer 2” systems like bitcoin’s Lightning Network, which works towards speeding up transactions and processing them at a lower cost.

In 2018, Stripe had ended support for bitcoin payments, saying that the reason to do so is digital coin’s ill fame for being volatile and also the lack of efficiency in making everyday transactions.

The affirmative statement does not come off as a surprise since Stripe had already been working on its new crypto team to build up a future crypto strategy. Thus, the fresh perspective of Collinson certainly gives deeper insights into Stripe’s future action on cryptos.

Author
Ritu Lavania
Ritu Lavania is a content writer at The Crypto Times. She is also a literature enthusiast who loves beautiful clicks, flowery letters and has started to appreciate NFT Art. She loves dogs (and wishes to pet them), loves elephants (and can't afford them), and also likes spiders (and has a few of these in her window grills). 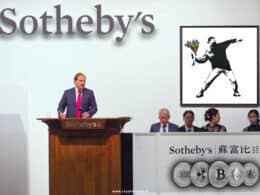 It will accept BTC and ETH for Banksy's "Love is in the Air" via Coinbase.

The Sandbox Brings The Walking Dead into Their Metaverse

The Walking Dead joins over 160 existing partners in The Sandbox. It includes Deadmau5, Richie Hawtin, The Smurfs, ZEPETO, Care Bears, Atari, and Cryptokitties. 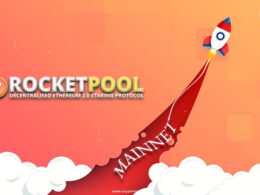 Rocket Pool Will be The First Decentralized Stack Protocol for Ethereum

The Rocket Pool will be launching to mainnet on October 6th.
Total
0
Share