Wikileaks founder, Julian Assange extradition to the US was approved by the UK courts a day ago. It was for the defense of Julian in the American court that the AssangeDAO raised $53 million.

The funds raised by the DAO will allow Julian to take “aggressive” legal action against the American espionage charges imposed on him, said his brother Gabriel Shipton.

Gabriel also said that the $53 million raised by the DAO has been sent to a German foundation that has been supporting Julian’s defense for years. The new funds will help him fight the legal battle in America since his extradition has been confirmed.

Gabriel in a podcast hosted on Orchid by Derek Silva said, “Particularly in the US, there’s been a real lack of resources to be able to fight the case where it originates.”

“Now Julian has those resources at hand and he can really fight back now rather than just fighting in the courts in the UK, which has been the focus. He can be aggressive and take aggressive legal action and really take it to where the charges originate.”

Gabriel also talked about how the fundraising power of the crypto community forces the authority to think twice before prosecuting individuals.

He says, “It means well the next time we want to do this, we have to take that into account. That the crypto community doesn’t really want to be fucked with. At the end of the day they want their rights and they want to be protected and they can do that through saving Julian.”

Assange is facing charges of illegally obtaining, receiving and disclosing classified information, related to his operation of the WikiLeaks website in the US. He was denied permission to appeal against his extradition to the US.

AssangeDAO was set up in December 2021 for the sole purpose of working towards the freedom of Julian Assange and in wider terms preserving the integrity of the media and the press.

The DAO has issued a token called $JUSTICE. The funds raised were used to buy and bid on a PAK NFT called the ‘Clock’. All of the proceeds from the bidding went to Wau Holland Foundation for working towards Julian’s freedom.

The DAO also recently conducted a string of polls to change its community voting system thoroughly and decide on the new governance structure including the types and duration of voting.

A new user will get 5 BMEX and 10 USDT as a reward for opening an account and for completing the compulsory Know Your Customer checks.

The scam has been ongoing since 2021 through an app and has managed to rob Indian citizens of thousands of rupees.

Schmidt will assist the team working to build a global software platform for next-generation innovations. 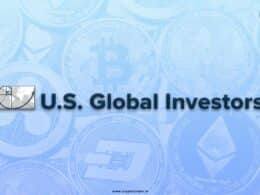 US Global Investors Gets into The Crypto-Space Through GBTC

U.S. Global Investors added more than $566,389 worth of shares of GBTC to three of its eight mutual funds as of June 30.
Total
0
Share