AssangeDAO, a decentralized autonomous organization dedicated to Julian Assange, revealed a new string of polls to change in its community voting system thoroughly and decide the new governance structure including the types and duration of voting.

These multiple polls will be held between 19th March to 22nd March based on single-choice voting.

DAO’s current voting system enables members to give one worthy vote to elect their choice. To pass any proposal, 20% of the total supply, which is around 3,470,307,901 $Justice tokens must be required.

If the proposal fails to gain the threshold limit of tokens, then it is considered a failed proposal.

Another poll asks suggestions to empower Justice token holders to delegate their votes to others within the community, which is not possible in the current system.

The third proposal is to make an amendment in the time duration of the current voting system of the AssangeDAO. Currently, the voting system has a time span of 3 days to complete any proposal. The poll gives the choice to select 2,3,4 or 5 days for any voting system.

Apart from this, the DAO also proposed a poll to set the time delay, a time between posting a proposal and its opening up for voting.

AssangeDAO has also proposed a poll to define a quorum for a proposal to pass. The current proposal requires a 20% supply of total $JUSTICE tokens to get considered and the majority favored vote will be the final decision.

In the new quorum proposal, members can elect their choice out of 12 different options, which defines how much percentage of token supply should be eligible to pass proposals.

Members of the DAO will also have an option to stay absent by selecting “None of the Above” or “Abstain” in case they don’t find any fruitful advantages in the amendment.

However, this proposal still needs safe passage as the Assange family carries veto power. If a majority out of the three of Assange’s family decides to reject this proposal, then the string will collapse with rejections. 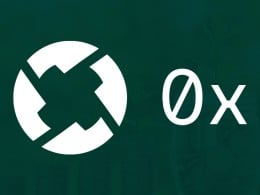 The newly raised capital will be used to power 0x’s entire protocol and platforms in its ecosystem, while also expanding its workforce.

The tokens will be distributed on Curve over a time period of 20 weeks.Curve 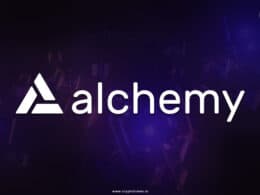 Lightspeed, an existing investor, led the latest round, and Silver Lake joined as a new investor in the round.

Coinbase reported a decrease in monthly transacting users from the previous quarter, dropping to 7.4 million from 8.8 million in the second quarter.
Total
0
Share