A former stockbroker and entrepreneur Jordan Belfort recently got into the NFT space and bought ‘Cryptopunk #6033’. He revealed on Twitter to his 600k followers that he purchased the punk at 102.49 ETH and then his fans welcomed him into the booming NFT space with open arms.

Belfort changed his profile picture to a Punk and tweeted “wgmi,” a slang term for “We’re going to make it” popular on crypto Twitter. He further showed his interest in ape through a tweet saying that “Now that I have a PUNK, should I buy an APE?”

Belfort confirmed his love for the space in a follow-up tweet, writing: “WOW! I LOVE NFT TWITTER! AND NOW THAT I’M HERE, I’M NOT ****ING LEAVING!”.

Belfort confirmed his love for the space in a follow-up tweet, writing: “WOW! I LOVE NFT TWITTER! AND NOW THAT I’M HERE, I’M NOT ****ING LEAVING!”.

Following a series of tweets indicating his interest in NFTs and prospective cooperation with both Solana and Ethereum-based NFT projects, Belfort’s interest in the field appears to have begun in October.

Since then, Belfort has increased his involvement in the NFT area and has committed to launching his own NFT project – a collection of artwork “inspired by The Wolf of Wall Street movie and my life,” according to Belfort.

Belfort has previously indicated that cryptocurrencies such as Bitcoin, which he aims to ‘HODL’ till at least $100K, are “the great equaliser” and that he owns them.

CryptoPunks and other ‘blue-chip’ ventures like Bored Ape Yacht Club (BAYC) have rebounded nicely despite the slump.

CryptoPunks are collectible crypto art pieces that use NFTs to represent them on the Ethereum blockchain. Each of the 10,000 small 8-bit punks has its own individuality. They are one-of-a-kind digital pieces of art made by an algorithm with a resolution of 2424 pixels. There are a limited number of CryptoPunks available.

The merge will connect Ethereum 2.0 beacon chain with the mainnet in the first half of 2022. 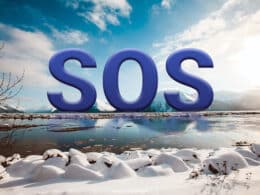 Due to the sensational surge witnessed overnight, the project’s market cap has reached $294 million.