CryptoPunks are collectible crypto art pieces represented on the Ethereum blockchain using NFTs. Their original intention was to provide a unique identity to Ethereum users. There are 10,000 little 8-bit punks, each with their own personality. They are 24×24 pixel unique digital works of art created by an algorithm. CryptoPunks have a limited supply.

In 2021, the project gained traction as certain CryptoPunks were sold for millions of dollars, making them some of the most valuable NFTs ever.

Each of these punks has its own page with information on its features, owner, availability status, and previous transactions.

Who created CryptoPunks and how it was created?

The project began as a test to see if lines of code could be translated into a sense of ownership. They wanted their punks to have an appearance that reflected the rowdy, anti-establishment attitude that defined the cryptocurrency movement in its early days.

Larva Labs released CryptoPunks to the public on the Ethereum Blockchain on June 23, 2017.  The project launched all the 10,000 characters for free.

Punks are classified depending on a variety of factors. Within each classification, one will also discover the following information about punks:

What are various attributes of CryptoPunks?

For example; as compared to other traits, a punk with a beanie will undoubtedly have a higher value.

Also, the value of the CryptoPunks NFT is determined by some of the rarest qualities.

For example; The CryptoPunk 2964, is a male punk, which is not an uncommon gender. Since it only featured a beanie, however, it was sold for $660,121.

The amount of CryptoPunks’ qualities also determines the worth of a given Punk. Because every punk is unique, each variety of punk has a unique set of characteristics. In fact, a punk can have no more than seven qualities. More importantly, a punk can have no traits at all, and this character will increase its value.

There is only one punk with seven traits, for example, and that is punk number 8348. As a result, it’s one of the CryptoPunks’ rarest punks.

In addition, there are only 8 punks who have no attribute. Punk number 6487, for example, is a female punk with no qualities. Furthermore, it was sold for $1.05 million! As you can see, the quantity of qualities has an equal role in deciding the CryptoPunks’ value.

Take a look at the list of attribute counts below –

How to buy a CryptoPunks?

Purchasing CryptoPunks is a simple process. If you understand how blockchain works, it only takes a few steps. One will need enough Ethereum and a Metamask wallet before they can buy CryptoPunks or any other NFTs. To learn how it works, follow the step-by-step instructions below.

Setting up a Metamask wallet:

Using your ETH to purchase a CryptoPunk NFT:

The early days of the blockchain movement, according to Hall and Watkinson, had a loud, anti-establishment tone. It was a vibe they sought to convey through their Punks’ appearance.

On Larva Labs’ website, there’s a composite image of all 10,000 CryptoPunks. Anyone with a memory stick or hard drive can save a copy of the image file.

Each Punk gets its own website with information on its unique qualities and transaction history.

Official ownership of each piece is stated in a contract on the publicly visible Ethereum blockchain.

Larva Labs explains, “The core of the notion was that every character should be distinct.”

Initially, there was a lack of interest. “We were starting to think, ah yeah, this doesn’t really have it,” Watkinson said.

Punks, on the other hand, were selling for thousands of dollars in a matter of days.

Why CryptoPunks are so expensive?

CryptoPunks is arguably one of the most significant developments in the realm of NFTs (Non-Fungible Tokens). They’ve essentially set the bar for NFTs and digital art. 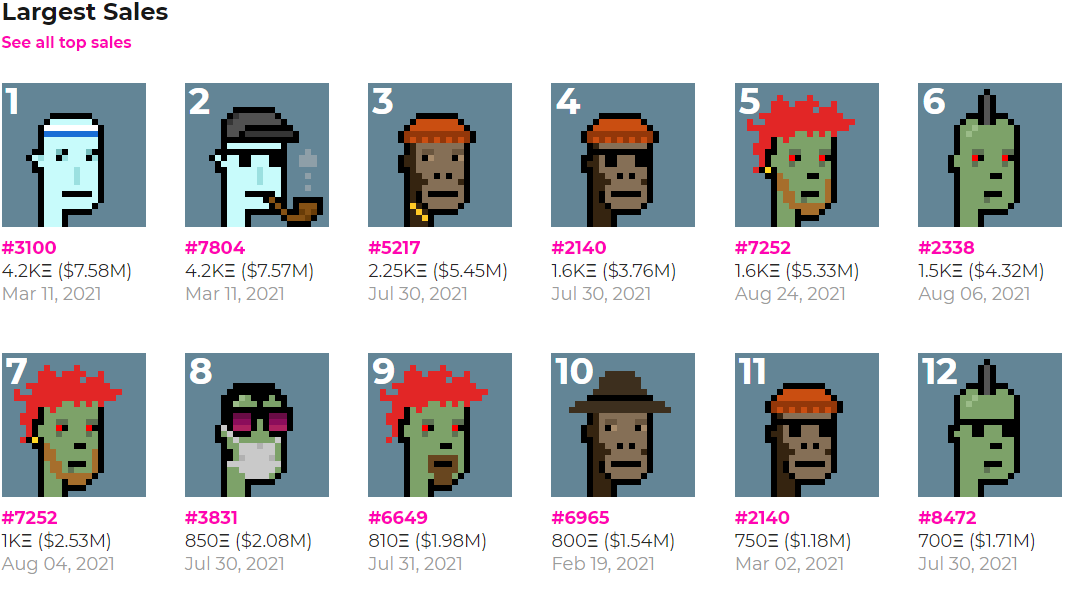 Only the top five most valuable CryptoPunks have sold for more than $1 million, with Crypto Punk #3100 fetching a whopping $7.58 million.

Mr703 claimed 703 punks when the site first launched, and his collection is now worth tens of millions of dollars.

How did CryptoPunks come into popularity?

Back in 2017, CryptoPunks’ pixelated portraits were one of the earliest NFTs. CryptoKitties, the charming cartoon NFT kittens whose popularity clogged the Ethereum network in 2018, were also inspired by them.

Influencers like Logan Paul said on Twitter on August 4th that he has received a bid of more than $600,000 for one of the CryptoPunk but he apparently turned down the offer.

CryptoPunks And NFTs Sale on Christy:

CryptoPunks have increased in popularity with the introduction of NFTs in February. Two extraterrestrial punks sold for more than $7.5 million each in March. In the last several months, seven more have sold for over $1 million.

Celebrities and influencers who own CryptoPunks:

CryptoPunks have virtually taken over the art, sports, and entertainment worlds. Celebrities like Jay-Z, Steve Aoki, and Odell Beckham Jr. are bringing NFTs to the mainstream.

Also, influencers like Logan Paul, Faze, 3LAU (Justin David Blau), Gary Vaynerchuk, and a few more are not behind in the race.

Visa, a worldwide payments technology corporation, is the latest big name to jump on the non-fungible token (NFT) bandwagon.

It has announced that it paid over $165,000 (about Rs. 1.22 crores) for a CryptoPunk, one of the thousands of NFT-based digital avatars, by paying a little less than ETH 50.

“Over the last 60 years, Visa has built a collection of historic commerce artifacts – from early paper credit cards to the zip-zap machine,” Visa said on Twitter. The company has now entered “a new age of NFT-commerce,” according to the statement.

DANNY @seedphrase tweeted on August 23rd saying that “Visa is not the last company that bought the most expensive CryptoPunk and this is just the beginning of the digital shift.” He further denied the offer of selling #8348 for $200M and added that “he owns the Mona Lisa of CryptoPunks.”

CryptoPunks is a ground-breaking addition to the NFT universe. Even the initiative’s creators were unsure of how the project would end out. However, as it is, people are making an industry out of this new sort of blockchain-based collectibles.

Despite all the perks of being decentralized and running on blockchain technology, CryptoPunks have their own drawbacks. It’s also the first and most successful NFT.

Drawbacks like being the most expensive NFT and could be generated only by computers hold it back. Moreover, they can’t be bought by traditional methods like using credit cards. 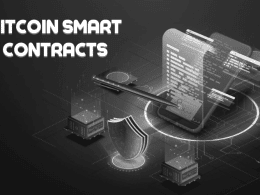 What You Should Know About Bitcoin Smart Contracts?

Decentralization is one of the advantages of cryptocurrency and blockchain. This implies that no central authority will oversee…

Governance is a big topic in the crypto space. It’s important because if you can’t trust the people…

Why is Decentralized Finance (DeFi) Good?

The word “decentralise” serves as the most important defining characteristic. One of the fundamental principles of blockchain is…