Pak, an NFT artist whose ‘Merge’ NFT project came out strong with record-breaking sales last year, is now back with yet another NFT drop. Pak collaborated with WikiLeaks founder Julian Assange for his upcoming NFT project, ‘Censored’.

As the name ‘Censored’ suggests, Assange is famous for publishing large datasets of censored or otherwise restricted official materials involving spying, corruption, and war. He also refers to his journalism as ‘Scientific journalism’ which specifically means, providing source material with a minimum of editorial commentary.

With this NFT project, Pak and Assange are coming together for an interesting NFT Project ‘Censored’ which will be in two parts: a dynamic 1/1 NFT and a dynamic open edition in which anyone can participate. It will be released on February 7th.

WikiLeaks announced this collaboration via a tweet, sharing an image with the message ‘One Thousand’. Well, the other details are yet to be disclosed, but there will definitely be a trail of hints in the coming days.

“Censored” will be the next open edition after his ‘Merge’ NFT that crossed over $90 million in 48 hours. The fusion of Pak’s fascinating NFT universe and Assange’s massive influence in the journalism industry will provide us with something exciting to see in the days ahead. 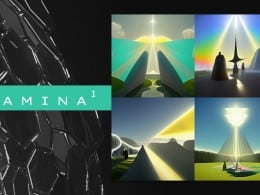 ‘Father of the Metaverse’ Neal Stephenson to Unveil Lamina1 Blockchain

Stephenson and Vessenes intend to deploy the carbon-neutral Lamina1 to serve as a base layer for the Open Metaverse.

Bidding time on NFT of the first-ever tweet by Twitter Founder and CEO Jack Dorsey is ending on the 21st March.

FTX US and IEX Partner to Advance the Digital Assets Market

The ongoing collaboration is aimed at establishing a transparent market structure for dealing with digital asset securities.

Riot Blockchain’s power station will supply up to 1.7 gigawatts of energy once completed.
Total
63
Share