IIFA Awards Partners with Bollyverse for its Metaverse Entry

Bollyverse platform will provide an Xsens experience where IIFA attendees may teleport their dance moves to the Metaverse.
byVismaya V
Published on - June 1, 2022  18:37
Updated on - June 7, 2022 14:46
2 minute read

On June 3rd and 4th, the 22nd IIFA Weekend & Awards will take place on Yas Island in Abu Dhabi, in conjunction with the Abu Dhabi Department of Culture and Tourism and Miral.

IIFA Backstage will provide a behind-the-scenes look at Bollywood’s most prestigious awards show, and what it takes to offer glitzy entertainment to the masses. It will show the stars getting ready, the line-up, and the backstage gossip.

There will also be an Avatar studio where fans can design their own digital doubles, as well as an Xsens experience where people may teleport their moves to the Metaverse.

Bollyverse will use cutting-edge technology to move the entire show’s experience into the metaverse. The world’s fastest camera robotic arm, Showbolt, will record, edit, and share cinematic-quality footage in seconds.

IIFA Vice President Noreen Khan stated “As always IIFA will be bringing together the very best in Bollywood talent for the metaverse, where even more millions of fans can enjoy the experience. We look forward to working with Bollyverse and this new innovative realm for IIFA with the latest technology.”

On June 4th, Bollywood superstar Salman Khan, along with actors Riteish Deshmukh and Maniesh Paul, will host the IIFA Awards night. Shahid Kapoor and Tiger Shroff are among the night’s finest performers.

Bollyverse founder Kishore Samtani noted “We are thrilled to collaborate with IIFA to bring you the biggest celebration of Indian cinema in the world to the metaverse. Our technology and management teams are on the ground in Abu Dhabi working tirelessly in readiness to capture all the IIFA experiences.”

Even though it’s the first Indian award show to make a metaverse debut, it’s not the Indian film industry’s first project in metaverse. On May 18th, Kamal Haasan’s next film ‘Vikram’ forayed into metaverse through Vistaverse at the Cannes International Film Festival along with the launch of NFTs.

The group of 18 crypto-NFT firms will share unpublished vulnerabilities with each other to identify bugs and ensure the security of NFTs.

After a string of investigations on the failed or allegedly fraud Terra project, its founder Do Kwon is preparing for legal action. 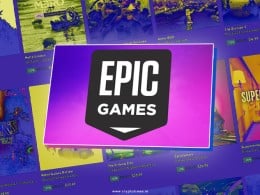 Sony & KIRKBI Invests in Epic Games’ $2B Funding Round

With each firm’s investment of $1 billion in the round, Epic's post-money equity valuation has now reached $31.5 billion

Former professional football player, David Beckham is planning to enter the metaverse. The footballer has filed applications for…
Total
31
Share