Vistas Media Capital’s Fantico is all set to debut its first metaverse experience with the launch of VistaVerse, in collaboration with the highly anticipated film Vikram, starring Kamal Haasan, Vijay Sethupathi, Fahadh Faasil and more.

According to local news reports, Vistaverse will unveil the limited-edition Vikram NFTs at the Cannes Film Festival on May 18, 2022.

Along with that the Vikram NFT holders will get an access only by-invite to a traveling VistaDome party and an option to transform some of the NFTs to underlying tangible assets.

Vikram NFTs offers its owner with extremely tangible benefits, the first of their kind in India. Vikram NFTs will also provide priority access to virtual land sales in Mumbai and Chennai in Vistaverse, which is the first such in-game asset to be launched in India.

VistaVerse is a metaverse that will be launched by Fantico in collaboration with Lotus Meta Entertainment. It will include virtual land sales, experiences, games, and a marketplace.

Abhayanand Singh, Group CEO of Vistas Media Capital stated, “We are very excited to announce the launch of Vikram NFTs in Vistaverse which is the first such utility-based NFTs with multiple benefits to the owner.”

Legendary actor Kamal Haasan added, “It has been a pleasure to be a part of Fantico, and I look forward to Vistaverse which is uniquely placed to create a bridge between fans, fandom and talent in a language and platform that the youth today relates to.”

Kamal Haasan was the first Indian celebrity to have a very own digital avatar of himself in a metaverse back in November. That was his first collaboration with Fantico, who launched Haasan’s NFT collection in metaverse.

The Indian film industry is warming up to the idea of metaverse and a lot of hit projects have already forayed into the virtual realm. The blockbuster pan-India movie KGF also debuted on metaverse with the name ‘KGFVerse’ which allows the fans of the franchise to build games and virtual environments.

Employees, clients and communities will connect, engage and explore opportunities for growth across industries and sectors in the metaverse. 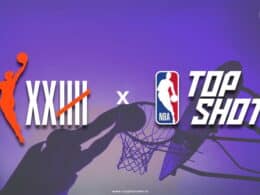 The “moments” would give fans the ability to own the in-game moments as collectibles.

Binance supports cashing out crypto in 11 currencies and transferring directly to a Visa debit and credit card. 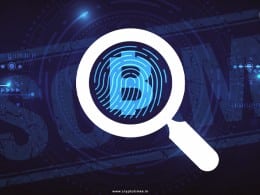 One of the wallets tagged ‘Sparkster: Wallet 5’ which was last active in August 2018 saw 2599 ETH converted to USDC, three days back.
Total
0
Share