Elliptic Reports use of Dogecoin for Crimes

Seems like Dogecoin is not just popular amongst memers but criminals and terrorists too. This comes into light after Elliptic report revealed that Dogecoin is used for crimes including finance frauds, scams, Ponzi schemes and even child sexual abuse.

Elliptic’s report revealed that criminals have used millions of dollars in DOGE for thefts, scams, and Ponzi schemes.

Amongst all these criminal activities that were committed via DOGE, the most severe one unfortunately is terror financing and the purchase of child sexual abuse material.

The report further elaborated that for terror financing, DOGE amounted to over $40,000, while for child sexual abuse material, the total is less than $3,000.

Not just this, Elliptic report has discovered several darknet markets that accept Dogecoin as a method of payment. The darknet marketplaces selling drugs and stolen data are also included in the list.

For example, Archetype, which focuses on drug sales, also uses DOGE. Another example is Just-Kill, which uses DOGE and is a credit card validator to facilitate the illegal trade in stolen goods and weapons.

Elliptic report also called out the growing use of computer viruses for Dogecoin theft.

But what is striking, is the token’s popularity amongst far-right extremist groups. Extremist groups resort to cryptos like Dogecoin, when they are excluded from traditional ways of raising funds.

Fans will also get to listen to Karthik’s own compositions that have never been released before in the metaverse. 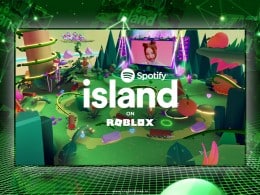