Did FTX really get Hacked, or was it a Well-planned Conspiracy?

Lately, we have experienced a lot of drama in the crypto space. And when it seems like it is coming to an end, boom, there is another. But what could be the cause of some of these challenges? It seems to be a misery.

First, it was Bitcoin price fluctuation, then Bitcoin correlation with SP500, and when it looks like Bitcoin is inversely correlating with Bitcoin, the sale of FTX comes up. Simmering tensions between two of the crypto industry’s executives are spilling over into the already battered digital-asset market.

But what exactly is behind the FTX collapse? Read on to learn what caused the collapse of FTX.

FTX Collapse: How it all Started

Binance was actually FTX’s first investor in December 2019. The business sold its shares in July 2021 for $2.1 billion in Binance USD (BUSD) and FTT. Binance announced its plans to sell its FTT tokens, but that is not happening as FTX suffered a liquidity crisis.

Before things got worse, FTX gave up its assets to Binance for an undisclosed sum. Reports claim that as of November 7, 2022, Binance and FTX have signed a letter of intent to do business; however, neither company disclosed the deal’s value because it is still a letter of intent and is still pending due diligence.

Protecting users and easing the liquidity crisis are stated goals of this agreement.  Due to the transaction’s non-binding nature and ongoing due diligence, the firm kept its value a secret. The following day, reports surfaced that Binance had backed out of the agreement because of FTX’s financial issues.

This ensured the withdrawal of funds totaling about $8 Bn, but FTX decided to halt all withdrawals from the platform. With the resignation of its CEO and founder, the exchange filed for bankruptcy protection.

But hours later, the trading company claimed that funds had vanished and that there had been “unauthorized transactions.” So does this mean that FTX got hacked?

FTX Funds Disappearance: What You Should Know?

A few hours after requesting Chapter 11 bankruptcy protection, FTX admitted that someone had gained access to its accounts without authorization.

But with the misfortunes surrounding the once-upon-a-time crypto giant, many crypto enthusiasts are still contemplating the possibility of FTX getting hacked at this critical time. Whether the exchange was compromised or a company employee stole the money is a subject of ongoing debate.

Over $600 million is believed to have vanished from the exchange platform, though the exact amount is still unknown.

John Ray III, the newly appointed CEO of FTX, asserted that the business was working to block the ability to trade or withdraw money. However, this development demonstrates that the already-devastated platform did not act on its promise to take measures to protect the assets of its users.

Due to investment write-downs by FTX’s backers, the exchange is about to shut down. People whose investments are currently stuck on the platform are terrified. And they may have to wait for years to stand a chance of receiving their money back, and many never do.

However, does this explain why Bitcoin and other cryptocurrencies are becoming less expensive?

Is FTX Collapse Affecting the Price of Bitcoin?

For cryptocurrency investors, 2022 has been a challenging year. The cryptocurrency market’s problems were made worse by the collapse of the exchange FTX, which also halted the recovery that had been taking place over the previous few months.

Before the FTX saga began, the price of bitcoin was rising, but since the FTX-related woes began, it has been declining along with other digital currencies.

Bitcoin fell to its lowest price since 2020, and the entire cryptocurrency market fell by almost 5% in just 24 hours, according to CoinMarketCap. Other altcoin prices have also decreased as a result of this crisis’ spillover effects, which have caused a generally bearish mood in the cryptocurrency market.

The struggles of the cryptocurrency market have been made worse by the exchange FTX, which has halted the recovery it had been making over the previous few months. Although trading activities may not actually be impacted, the value of the coin traded is affected. Traders using trading bots like BitiCodes will hope that the creators adjust these bots to suit the present CFD trading systems.

Traders are expecting the FTX fallout to create a bottom for the prices. Following the most recent FTX collapse, the sudden decline in cryptocurrency in 2022 has prompted worries about investors’ assets and doubts about whether the market will ever regain investors’ trust.

Also Read: What Will the FTX Collapse Mean for the Crypto Industry’s Future?

With a loss of over $2 billion in FTT token value and $100 billion (10%) from the market capitalization of cryptocurrencies, the collapse of FTX is a tragedy. To add to this, companies like Mercedes said they would immediately remove FTX logos from their Formula One cars.

It’s unclear what will happen to FTX after losing several contracts with top companies like sporting organizations Miami-Dade County and the NBA’s Miami Heat as well. 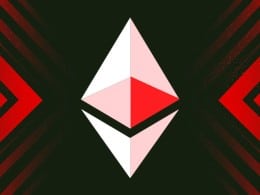 What’s Next After the Ethereum Merge?

After completing a significant software overhaul with a promising potential approach, Ethereum has entered a new era. Ethereum,…

A Complete Guide to Calculate Your Crypto Profits

For every investment made, there must be the hope of some profits. An investment done in unprofitable circumstances…

Reddit is the internet’s largest forum and message board, and it has evolved from a go-to online forum…

NFTs are taking up big space in the financial and business industries. These tokenized digital assets are helping…
Total
0
Share