Collins Dictionary Chooses NFT as 2021’s ‘Word of the Year’

Sometimes, a single word defines a year, and this time it’s NFT, an acronym for non-fungible tokens. Collins Dictionary picked ‘NFT’ as its ‘Word of the Year’. This new concept of digital art has made a lot of noise this year with so many celebrities, influential personalities, and tech tycoons associated with it. It became impossible to avoid the word ‘NFT’ when it’s grabbing headlines each day.

Undoubtedly, people were paying attention to the news and early signs of the NFT collectibles craze. The dominance of NFT over the top three shortlisted words is proof that it was certainly heard over and over again in the past 12 months. The top shortlisted words were Neopronoun, Regencycore, and Cheugy.

Starting with the ‘Word of the Year’ – NFT, as described by Collins in their blog – “a unique digital certificate, registered in a blockchain, that is used to record ownership of an asset such as an artwork or a collectible.”

One of the first big spikes in the NFT industry was when Beeple’s ‘Everydays: The first 5000 Days’ sold for $69.3 million. This has gathered a whole lot of buzz in the modern media. Soon after, many artworks like CryptoPunks, Bored Ape Ness Club, and Cool Cats attracted more people to it.

Among all these NFTs, CryptoPunk gathered a lot of hype that it is now displayed as many famous folks’ profile pictures across many social media platforms. Well, there is more to it, but we can say that the word has begun to tick up consistently since early 2021.

Crypto, the abbreviation for cryptocurrency, and  shorthand for blockchain technology also made the shortlist. Another entry on the Collins shortlist was metaverse.

Some other words on the list also include – cheugy, regencycore, neopronoun, double-vaxxed, hybrid working, pingdemic.

Sacramento Kings Are Considering NFTs As A New Digital Experience

Sacramento kings have announced the distribution of 100 "smart" tickets in the form of a non-fungible token.

The acquisition of both exchanges will allow Crypto.com to offer users in the U.S. the opportunity to carry out trades on certain derivatives and futures products

CoinSpot, a major sponsor of the AFL team Western Bulldogs, is also a suspect in the fraud investigation 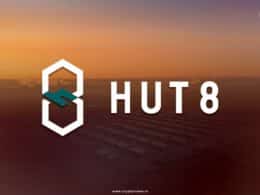 Hut 8 Surpassed its Goal of 5,000 Bitcoins in Reserves

The Canadian crypto mining pioneer sets a new record for quarterly revenue for the third time in a row in Q3-2021, surpassing 5.000 bitcoin held in reserve.
Total
0
Share