Are you keeping up with NFT trends, the viral CryptoPunk NFT collection for which famous personalities are going crazy about? Of course, you’ve been reading a lot of news about CryptoPunk NFTs owned by so and so famous folks. What is it about these pixel punks that has drawn the attention of many celebrities and business tycoons, prompting them to use these artworks as NFT profile pic on their various social media handles?

Snoop Dogg, Marshmello, Jordan Belfort, Odell Beckham jr, Steve Aoki, and many more renowned people from different domains are neck-deep in NFT arts. Though they come from diverse backgrounds and fields, there is one thing that they have in common – CryptoPunks.

Yes, you heard it right. Before your brain starts buffering, Let’s describe what CryptoPunks are.

CryptoPunk is a popular project of NFT profile pic minted on the Ethereum blockchain by larvalabs. These CryptoPunks are 10,000 uniquely generated pixel art with several attributes of people, zombies, apes, and aliens. It is not even a new concept, they have been existing for so long and to your surprise, was distributed for free when it was first released in 2017.

It is among one of the earliest examples of crypto-collectibles yet its value skyrocketed not before 2021. Once big names took the lead in collecting CryptoPunks along with major NFT players, the price rose up to $1 million for each CryptoPunk. Millions of dollars for mere pixel art, seriously?  Yes seriously and why not, when they are valuable to many high-profile folks.

Well, now it’s time to get to know the popular collectors of CryptoPunks, who not only own them but flaunt them on their social media accounts as NFT profile pic!

Iconic Rapper and entrepreneur Snoop Dogg who calls himself Ethereum whale ‘Cozomo de Medici’, has 10 CryptoPunks. He has one of 6039 Male Punks i.e., CryptoPunk #5017 which he has put on as a profile picture on his Twitter handle @SnoopDogg. This punk resembles his signature get-up as its attributes include ear-piercing, bandana, and big shades. He also owns two of the rarest Zombie Punks, both of which are worth $2 million each.

American electronic music producer and DJ, Christopher Comstock, professionally known as Marshmello, revealed his CryptoPunk #8274 via a tweet “MARSHMELLO FACE REVEAL!!!!!!”. He has the same Punk as his Twitter profile icon. His profile @marshmellomusic.

American rapper, lyricist and entrepreneur, Shawn Carter, popular as Jay Z, collected CryptoPunk  #6095 in April this year. The male punk features a gold chain and wild hair, almost imitating Jay-Z’s own style. He created a buzz about NFTs and demand for CryptoPunks when he used Punk as a Twitter profile(@sc) photo. Jay Z appreciates investing in art and has added CryptoPunks to his collection of unique works.

Jason Joel Desrouleaux, better known by his stage name, Jason Derulo, is an American singer, songwriter, and dancer. He purchased CryptoPunk #1961 in September and since then his Twitter profile “@jasonderulo” picture has been displaying this rare punk. He became an internet sensation with his debut “Whatcha Say” in 2009 and currently his Tik Tok account is the 12th biggest in terms of followers.

Odell Beckham Jr, commonly known as ABJ, is an American football wide receiver for Los Angeles. He has entered the NFT game with the purchase of CryptoPunk #3365 and proudly put on display as a punk avatar across all his social media handles. This punk has a shadow beard, wild hair, and a smile as attributes.

American fencer Curtis Mcdowald has recently achieved fame when he drew his épée at his first Olympics. He owns CryptoPunk #9362 which has three traits including a Knitted cap, smile, and regular shades. He is the one who took CryptoPunk to the Olympics. Currently, his Twitter id is displaying a morphed image of CryptoPunk as his Twitter profile picture @McdowaldCurtis. Along with its original attributes, the morphed punk wears a pink medical mask, giving out a message to follow covid guidelines.

3LAU, an EDM artist who is involved in collecting and selling NFTs. His Twitter profile @3LAU picture is CryptoPunk #2852. This female punk is rare and one of 1420 punks with four attributes including wild white hair, black lipstick, regular shades, and earring.

Jordan Belfort is an American entrepreneur, speaker, author, and former stockbroker who in October this year purchased CryptoPunk #6033 which he uses as his Twitter icon @wolfofwallst. The CryptoPunk depicts a male punk smoking a vaporizer pen and other traits like a durag and muttonchops. Only 3% of the CryptoPunk collection has a vaporizer pen attribute.

CEO of Zynga, Mark Pincus is a newbie to this list of CryptoPunk owners. He collected pixel punk this month and decided on representing his identity in a unique way using CryptoPunk #5113 for his Twitter profile picture @markpinc. This Punk has three traits including Frown, Mohawk Thin, and Mustache. Zynga is an America-based video game company.

Riva-Melissa Tez is a Senior Director Of Strategic Technology initiatives in Intel Corporation. She owns female CryptoPunk #9506, one of 3840 female punks. This punk has three attributes namely straight hair blonde, classic shades, and cigarette. She even posted her funky picture on Twitter @rivatez imitating the punk she owns with a cigarette in her mouth.

Jordan Lyall is the Chief Product Officer and Co-founder of Nifty’s Inc., a leading social NFT platform. His interest in the trending NFT collection CryptoPunk was not so surprising as he himself is a part of a major NFT marketplace. He owns CryptoPunk #6597 that depicts a male punk with a cap. Handlebars, horned rim glasses. His Twitter id @JordanLyall also has this punk as a profile picture.

Erick, aka Snowfro, is the founder of Art Blocks, the world’s first-ever platform dedicated to decentralized generative art. He owns CryptoPunk #1478, which is among 88 rare Zombie punks that he uploaded as his Twitter profile pic @ArtOnBlockchain. This punk has a shadow beard and wild hair as traits, one of 3560 with that many attributes.

Israeli entrepreneur Shalom Mackenzie is a founder of SBTech. He is the largest investor in daily fantasy and sports-betting firm DraftKings. With the help of DraftKings, he invested in CryptoPunk NFT #7523 for $11.8 million, which is the most expensive CryptoPunk to date. This punk is one of the rarest alien punks, out of a total of 9 alien punks. The alien CryptoPunk depicts a punk wearing a medical mask, earring, and knitted cap.

Richard Bengston, popular as ‘FaZe Banks’ has been indulging in the NFT space for quite some time now. He has invested in several CryptoPunks which he claims to have paid off big time. He even sold one for over half a million dollars. He owns around 8 punks and he even uses CryptoPunk #4283 as his Twitter profile picture. This punk is wearing 3D glasses. cap, shadow beard, and earring making it among 1420 punks with that many attributes.

Not only is CryptoPunk one of the most prominent NFT projects, but it was also the first to make randomly generated pixel profile photos. Each punk is distinctive, and no two punks are ever the same, which appeals to the NFT players. The fact that high-profile personalities are investing in this pixel artwork and displaying it as a status symbol increases its value in the NFT space. Further, the famous people’s domination takes this booming industry a step further in an already existing craze.

It’s only the beginning, as more and more people and industries are getting involved in the Punk frenzy. Punks aren’t only for profile images; Hollywood talent agencies have endorsed Cryptopunks for films, TV shows, and video games as well. It’s hardly an exaggeration to state that the Punks have taken over the NFT world and are now the faces of famous people! 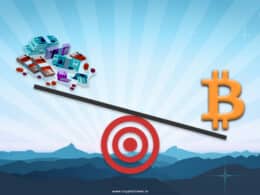 Bitcoin: What Makes it Valuable Than Fiat

Bitcoin is a digital currency that is more valuable than fiat due to its fundamental advantages over paper money. 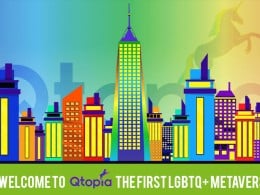 Pride Month vibes are still lingering around the corner, but there is more to celebrate: the euphoria is… 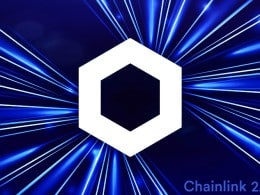 As the crypto economy expands, so does the need for a robust and trustworthy blockchain. In addition, the…
Total
22
Share