Tech giant Apple allows apps to sell and buy NFTs on its App Store, but there is an ick: Apple will charge a massive 30% commission for any NFT transactions done through the apps.

Most of the community has criticized the commission rate as horrifically overpriced, especially compared to regular NFT marketplace commissions.

The 30% commission rate will also discourage projects, game developers, and app developers from using this functionality on the App Store.

This is because other common NFT marketplaces, such as OpenSea and Magic Eden, frequently take 2% to 5% commission fee.

According to a report from The Information, Magic Eden declined its service from the AppStore following the ridiculous fee revelation.

Even after being given the option of a 15% transaction rate for firms with annual revenue of less than $1 million, Magic Eden refused. At the time of writing, Magic Eden is still available in the app store.

Despite the fact that Apple presently permits apps on the App Store to sell NFTs, the firm will not yet accept cryptocurrency. Apple is also avoiding taking a direct stance in the cryptocurrency and NFT industries fearing regulatory scrutiny.

Also Read: Top 15 Metaverse Companies to Watch out for !!

This is not the first time firms have fought Apple over its commissions. Epic Games  initiated legal action when Fortnite attempted to sell in-game purchases that avoided Apple’s commissions, and the game was removed from the App Store in August 2020.

In July, US Senator Sherrod Brown sent letters to the CEOs of Apple and Google calling them out on fake crypto apps. Now, Apple is immunized from crypto phishing app class action after a federal judge in California dismissed the proposed “phishing app” lawsuit. 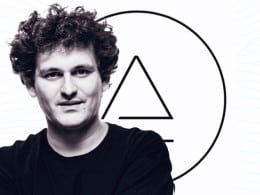 While SBF stated to help struggling crypto firms, there have been conflicting reports that Alameda was involved in the recent volatility of Celsius. 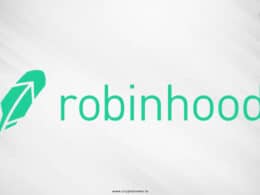 Robinhood To Debut on the NASDAQ With $32B IPO Valuation

Robinhood price its IPO at $38 per Class A Common Stock share.

According to Shiba Inu's scam alert video, the community does not offer any type of promotion, such as airdrops, bonuses, giveaways, or gifts.

iPhone will soon be enabled with Tap to Pay integration for contactless payments right from the phone and with NFC tech security.
Total
0
Share