The DeFi NFT platform Yokozuna Finance has launched an NFT auction marketplace on IOST blockchain. The protocol’s sumo-themed play-to-earn NFT model has introduced a new feature to let gamers use “Functional NFT’s” to monetise their gameplay.

Users can bid on Sumo-themed NFTs using their $ZUNA, the project’s native token, on the newly launched NFT marketplace.

Users will be able to create and develop a team of up to nine sumo themed NFTs and earn PushPower in the process.

Users can then merge two of their Sumo NFT’s in the Yokozuna Finance Fusing tab to create brand-new Sumo. This process might increase or decrease the users PushPower.

The team’s aggregate PushPower will be used to reward users with a proportionate share of daily IOST rewards collected in the Yokozuna Finance DAO Fund.

This announcement indicates the next chapter for the development of ZUNA wherein the “use case” and “consumption” features of the project are introduced.

The project aims to educate and entertain users through a gamified DeFi experience. Users will earn rewards for staking as well as govern the DAO.

In the project, users can only earn its native token $ZUNA, which has a total supply of 100 million.

The Yokozuna Finance team is working on a secondary marketplace, game development and PvP and PvC tournament concepts, with the ultimate goal of launching a metaverse.

A new user will get 5 BMEX and 10 USDT as a reward for opening an account and for completing the compulsory Know Your Customer checks.

The platform is also dealing with another similar lawsuit for misrepresentation of Japanese yen-pegged GYEN stablecoin. 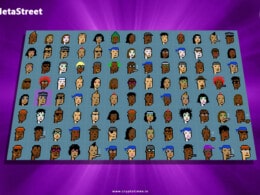 Largest ever NFT-backed Loan Approved with Collateral of 101 Cryptopunks