The CEO of United Texas Bank, Scott Beck said that stablecoins should be left to banks instead of crypto firms and called on members of the state’s blockchain working group to recommend policy for the same.

Beck was speaking at the Texas Work Group on Blockchain Matters in Austin on August 18, when he said the issuance of US dollar-backed stablecoins should be limited to banks instead of firms like Circle.

He said, “If such stablecoins are defined to be ‘money’, banks are the proper economic actor to issue and manage stablecoins. Banks have the expertise and legal framework for handling money, and unlike today’s stablecoin actors, banks are highly regulated at both the state and federal level.”

He also mentioned that issuance of stablecoins by only banks will ‘enhance consumer protection and attract additional resources and capital to this emerging area of economic activity.’

While responding to questions, Beck stated that issuers like Circle were holding assets at “other institutions”, which effectively results in ‘sucking deposits out of the banking industry’.

Beck added that some stablecoins were particularly vulnerable to runs, and if the market reaches a certain size, they could potentially threaten the economy. He believes that leaving the issuance to banks would ensure that Know Your Customer rules are followed.

Beck pointed out that the one of the differences between licensed banks and private companies issuing stablecoins was that for the former, the cash behind the tokens would remain “sitting at the Fed,” also ensuring the funds would be FDIC insured.

Senator Pat Toomey Invests in Two of The Grayscale’s Trusts

In the latest Financial disclosures filed on July 7, Senator Pat Toomey(R-PA) has invested in two of Grayscale’s… 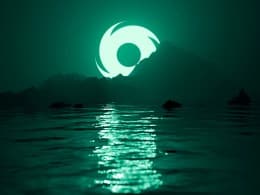 The plaintiffs previously used Tornado Cash for legitimate purposes and have been financially harmed as a result of the sanctions.

Chase Shut Down Bank Accounts of the Compass Mining

The CEO of Compass Mining, Whit Gibbs, announced via Twitter that Chase bank has close the company’s bank accounts without prior notice.

Mike Ybarra was replying to a tweet reporting about a survey conducted to analyze the Blizzard players interest in the NFT sphere.
Total
1
Share