Through a partnership with the International Telecommunication Union, a UNICEF-led initiative is addressing the issue of inaccessibility of the internet in schools of developing nations in a creative approach. This initiative resulted in the development of Giga NFTs in 2019.

While the majority of the world is busy transitioning from Web2 to Web3 or taking baby steps in understanding the concept, the truth is that the World Wide Web is still inaccessible to almost 2.9 billion people worldwide.

At the Blockchain Expo in Amsterdam, Gerben Kijne, the company’s blockchain product manager, described Giga’s Project Connect initiative. In impoverished nations all throughout the world, Giga has made progress in bringing internet access to schools.

Project Connect was used to map schools’ connectivity as the initial stage in this procedure. On an open-source map, Giga utilizes machine learning to search satellite pictures and locate schools. Over 1.1 million schools have been located in 49 different countries, with connectivity information available for a third of them.

The next phase in the process was developing an innovative fundraising drive that delved into the world of blockchain, cryptocurrencies, and NFTs after discovering how many schools needed internet connection.

Giga decided to capitalize on the NFT trend by launching its own NFT-driven fundraising experiment in March 2022.

To introduce a set of 1000 procedurally created NFTs, Giga collaborated with Dutch artist Nadieh Bremer. The NFTs, which symbolize those with and without internet connectivity, were created using Giga’s school data.

The collection of NFTs incorporates data on more than 280,000 schools from 21 countries, and each artwork represents a subset of these schools.

Bremer noted during the launch “The live maps from Giga guided my artwork, using its data to create 1,000 tiny fantasy art pieces while subtly trying to convey the importance of the project; there are still many schools not connected to the Internet, and many children excluded.”

This is reportedly the first time the UN has produced NFTs based on data, in addition to being the largest known NFT collection from the organization. The Ethereum Foundation, Snowcrash Labs, CfC St. Moritz, Metagood, and Wondros all endorse the collection.

According to Kijne, NFTs can help donors feel more connected to their gifts by allowing donors to trace the impact of their contributions by donating to a particular school’s NFT and keeping track of when the money raised is “cashed in” to pay for internet access.

The fundraising effort based on NFT yielded a wealth of knowledge. Kijne thought about how creating a community before the launch would have increased support.

Kijne noted “I think quite a few people that sort of joined us, they formed one of two camps. We have the people we were aiming for, Giga supporters. Many bought their first NFT ever. Then the other group is people who are thinking, ‘Oh, a UNICEF NFT! Let me get on that.”

The project was rated successful with the public auction in March 2022 raising $550,000 and completely sold out in three hours. Secondary sales on OpenSea provided 20% of the additional funds generated.

The Patchwork Kingdom NFTs is described as a modern time capsule that captures where children are currently connected and where children still lack access to the Internet and all that connectivity offers for their well-being and potential.

Subscribe to The Crypto Times to receive more NFT Updates!!

It is reasonable to expect that the representatives from the crypto exchanges will be held accountable in some way for the damage caused to investors. 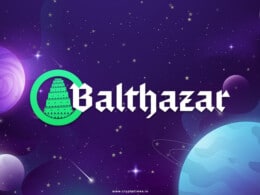 One out of Three Ready to Leave Job to Play NFT Games: Report

1,103 people were respondents in the survey and half of the people accepted that they used earnings from NFT games for basic necessities.

Robert Kiyosaki, the author of Rich Dad, Poor Dad, also forecasts the US dollar, claiming that the USD will crash in a matter of months.

Institutional Investors Purchased $2B worth of Bitcoin in October