LostPoets an NFT collectible and a strategy game launched on 3rd September 2021 by Pak.eth sold all its 65536 NFTs within the same day. There are a total 65536 attainable NFTs and 1024 Origin NFTs in the NFT collection.

Although the sale was supposed to last for 48 hours, all the NFTs were sold in just 2 hours gaining around $70million. One can claim a Poet NFT for each page they earn, in a way that each page is a ticket to a Poet.

Pak deployed the Smart contract for LostPoets on the Ethereum blockchain. The contract address for the NFT was 0xA7206d878c5c3871826DfdB42191c49B1D11F466. These NFTs increased the value above 16000 ETH, even though people have no idea how the project is exactly going to move forward. Meanwhile, Pak has moved the ETH to two different Cold Wallets.

The price of each page was set at 0.32 $ETH during the sale, however, now people are re-selling it above 0.5 $ETH. The idea was, the earlier one starts collecting, the more bonus pages they’ll receive.

$ASH holders had an extra benefit of access to the sale prior to 1 hour.

According to the leaderboard, the top 100 collectors will earn various Origin tokens.

After this, it was destined that collectors would be able to give their poets names and even create their own stories.

And finally, in the twist stage or the final stage, a new mechanism was said to be introduced.

When the project finally ends, all poet NFTs will be added to the high tier list of Burn.art and $ASH would be given away when burnt.

Pak is a well-known designer in the global motion design community. He is the creative mind behind undream.net and also the artist for the FITC Amsterdam X creative. He studied design, visual communication, and communication theories. Pak has been active in the world of digital art for over two decades. Pak has established itself as a leader of striking artwork, novel token mechanisms, and evolving media.

Subscribe to The Crypto Times to receive the latest NFT news.

Colorado Becomes First US State to Accept Taxes in Cryptocurrencies

The State’s Revenue Department is not directly allowed to accept crypto payments hence, the department partnered with PayPal for the smooth transactions. 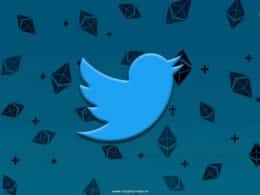 Aave founder Stani Kulechov tweeted to his 90k followers that his protocol should build “Twitter on ethereum”, to help users monetize content

The new direct-to-consumer services provide customers with the ability to mine bitcoin from their own homes.
Total
13
Share