Tether Swaps 1B USDT On Chain from Solana to Ethereum

The stablecoin issuer, Tether, has announced an on-chain swap of 1 billion USDT from the Solana blockchain to the Ethereum blockchain.

Tether’s holdings, as well as the question of whether its USDT stablecoin is fully backed by dollars, are a source of concern for the company.

The announcement comes as Solana deals with the fallout from the collapse of FTX. The current swap will be carried out with the assistance of a third party.

The announcement was accompanied by a description of how on-chain swaps are used to transfer USDT from one blockchain to another.

Customers of the exchanges can deposit Tether on one blockchain, such as Tron, and withdraw the funds on another, such as Ethereum.

To spread out their USDT holdings evenly, an exchange may require USDT to be moved from one chain to another. The USDT is transferred from the source blockchain to a Tether treasury wallet before being transferred to the other chain. 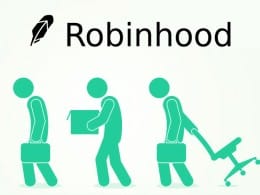 Robinhood to Layoff Further 23% of its Staff

The layoffs will be concentrated in departments of operations, marketing, and program management functions.

Starbucks to Unveil Web3 Initiative to its Iconic Rewards Program

The "new Web 3 enabled initiative" will give Starbucks new ways to engage with customers and expand the "digital third place community."

Poly Network has Offered its Hacker to Serve as Security Advisor

Although Mr. White Hat had previously been offered a $500,000 bug bounty by Poly Network, he declined it.