Snoop Dogg, as expected of him, again hit headlines sharing a ‘wild tale’ of his new interest in the World of Women (WoW) NFT Project.

Unsurprisingly, as soon as he added these amazing artworks in his ‘Medici’ Collection, World of Women floor prices exploded. Snoop Dogg was so thrilled by this collection that he grabbed not one, but two pieces of the WoW collection.

He hit the jackpot by collecting the NFT “The fire within you”, which is the first-ever NFT by the artist. He even went on appreciating these pieces in his tweet saying – “I could look at these all day.”

Clearly, he is digging the artworks so far, as he also announced his plans for displaying the genesis work at an upcoming gallery show in Los Angeles on the 1st weekend of February.

He came ahead in promoting the project to help the WoW collection to reach new highs. Furthermore, he declared that he wants to pass the genesis NFT to a woman and his DMs are open for it. He also mentioned that the price for this NFT will move the 1/1 collection forward, bringing even more attention, awareness, and excitement.

He stated in his tweet – “I can see World of Women as the project that onboards millions of women to web3 and NFT, with its inspirational message of unity.”

As per his tweets, Snoop was first introduced to the World of Women project by @guyoseary, the one behind bringing Bored Ape Yacht Club (BAYC) at the forefront of NFT space. Consequently, Guy Oseary’s involvement fueled BAYC to surpass Cryptopunks in floor price. Now, it’s time for the WoW NFT collection to follow the pursuit.

The founder and artist of World of Women, Yam Karkai, has gained enormous popularity for these stunning pieces. The WoW is a 10,000 pfp collection, out of which 16 NFTs are 1/1s (single editions).

The overwhelming craze of this collection engulfed famous personalities such as Reese Witherspoon and Eva Longoria Baston. Moreover, both of them are using these NFTs as profile pictures on Twitter. 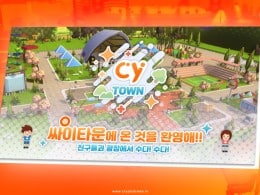 Even though South Korea has many metaverse-related projects lined up, Cytown has taken the center stage after it gained approval from Google.

Michael Conley will serve as Acting General Counsel upon Coates's departure until Berkovitz joins the agency.

The eNaira is aiming to be a tool that will be used by the government in the future to distribute funds that they want to give to reduce poverty.

Tether stated that Myanmar's NUG choosing USDT as its official currency is a testament to the US dollar's power to provide a safe place for global citizens.
Total
1
Share