The city of San Francisco is on its way to getting its own NFT restaurant, thanks to the global experiential hospitality platform SHŌ Group. The SHŌ Group plans to use NFT technology to provide members with global access to all future SHŌ Club venues, experiences, and other benefits.

In 2023, the group’s first set of experiences will debut in San Francisco, including SHŌ, its namesake Japanese Restaurant set atop San Francisco’s iconic landmark, Salesforce Park. The other will be SHŌ Market, a Japanese food retail concept.

All this will be followed up with an SHŌ Club, an exclusive NFT-based membership club providing its members access to unique experiences and services across the SHO Group platform initially centered around its restaurant, SHŌ.

According to SHŌ Group’s roadmap, it will announce the launch of an exclusive NFT-based membership club.

The SHŌ Club will have three NFT-based membership levels: Earth, Wind, and Fire. It is publicly verifiable on the blockchain and can later be sold or transferred on the secondary market.

All members will have access to concierge services 24 hours a day, seven days a week. In addition, all tiers of the NFT-based Club will grant access to a members-only menu and private lounge on the restaurant’s rooftop level.

But, the benefits elevate with the membership tier.

Josh Sigel, SHŌ Group CEO, said, “Provided as an NFT, the SHŌ Club membership becomes an asset to our members. It is publicly verifiable on the blockchain and can later be sold or transferred on the secondary market.”

All initial SHŌ Club members will be referred to as founding members, and these individuals will have access to all future SHŌ Group venues and experiences.

The governor shared the stage with the Ethereum founder at the ETHDenver festival to discuss crypto use cases for the first digital state. 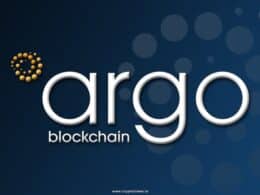 Argo Blockchain files for IPO In the US

Argo Blockchain Plc has been publicly traded on the London Stock Exchange since 2018.