The Digital art collective PleasrDAO purchased “Once Upon a Time in Shaolin” album by Wu-Tang Clan for $4 million in cryptocurrency.

According to the announcement, the album, first purchased by Martin Shkreli, pharmaceutical executive who was later convicted as securities fraud. The PleasrDAO purchased the album on Sept. 10 and it is currently being kept in a “vault” somewhere in New York city.

Jamis Johnson, the chief pleasing officer at PleasrDAO said in a video interview from his apartment in Brooklyn. “This album at its inception was a kind of protest against rent-seeking middlemen, people who are taking a cut away from the artist. Crypto very much shares that same ethos.”

Moreover, Johnson made the comparison to NFT saying, “The album itself is kind of the OG NFT.”

The United States Attorney’s Office for the Eastern District of New York in Brooklyn announced the sale of this album. No details about the buyer, or price, were released. The deal of the album was with multiple parties.

The 74 members of PleasrDAO – the abbreviation in its name identifies it as “decentralized autonomous organization”- share collective ownership of the NFT deed.

“We believe that we can do something with this piece,” Mr. Johnson said, “to enable it to be shared and ideally owned in part by fans and anyone in the world.”

The origin of “Once Upon a Time” has often been described as mostly involving RZA and Cilvaringz, a Dutch rapper. Cilvaringz, whose real name is Tarik Azzougarch, has given his blessing. “We wanted to honor the NFT concept without breaking our own rules,” he said in a statement. 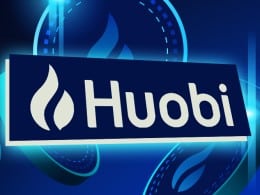 Huobi may also lay off 30% of its workforce due to "a sharp drop in revenue" because of the removal of all Chinese users.

Fidelity Gets Approval to Launch Bitcoin Institutional Solution in Canada

A Bug was found by the Ethereum Name Service (ENS) lead developer when he was making a personal transaction.

3AC will be forced to liquidate its holdings on the open market as a result of the liquidation, reducing overall credit and furthering market decline.
Total
0
Share