So far, NFTs have been an excellent way for people to sell digital assets. NFTs can also make core economic transactions more authentic and transparent. But NFTs may also help society in ways that aren’t related to their economic benefits.

In the last few years, NFTs have become essential for social change. We’ve seen projects that tried to raise money to help save endangered species, work for social justice, and even fight climate change. Because of this, it shouldn’t be a surprise that NFTs have also been used to raise money for medical needs.

Let’s take a stroll at how NFTs are altering the world for the betterment of society and, more importantly, for the betterment and welfare of Humankind. Below are some of the most notable projects in the space that are doing just that and more

Joshua Lapidus, a software developer from Dallas, developed a project this year that was both humor and a method to help others. Rainbow Rolls was a set of toilet paper rolls that were designed to resemble humans. Working with the non-profit group ‘RIP Medical Debt’, Lapidus sought to alleviate one of the country’s most pressing issues.

With the success of his Rainbow Rolls initiative, Lapidus was able to raise enough money for a non-profit to pay off around $7 million in medical debt for families in the United States. He didn’t stop there, though.

Working with UkraineDAO and Unchainfund on the Rainbow Rolls project, Lapidus was able to contribute to the ongoing humanitarian catastrophe in Ukraine.

According to his tweet, Rainbow Rolls has committed 5 ETH and that all money made from minting in the coming weeks will go directly to helping Ukrainian troops and refugees through organizations such as @Ukraine DAO and @Unchainfund.

Ameon was formed by Alina Mehrle to aid breast cancer sufferers when she was recovering from her own breast cancer, and Ameon Cares carries out this objective.

On June 1, this new non-profit debuted the ‘Ameon Muse NFT’ line. The Breast Cancer Research Foundation is the beneficiary of the project (BCRF).

Probably you must be wondering what role do these NFTs play? For every $100 tax-deductible donation, donors will receive one of five Ameon Muse NFTs. Ameon’s ideals are represented by these NFTs: bravery, kindness, curiosity, inclusivity, and innovation. In the future, the company has also offered to donate $10,000 to the BCRF on a yearly basis.

With BLOCK.CO’s upcoming NFT platform, traders will be able to mint and receive NFTs used to tackle environmental, cultural, and social-economic problems.

The purpose of BLOCK.CO’s non-fungible tokens (NFTs) is to encourage people to travel in environmentally friendly ways that are less detrimental to other living organisms. BLOCK.CO is thrilled to collaborate with museums, non-governmental organizations (NGOs), and other groups that promote good causes and new technology in order to conserve ecosystems.

Another example of NFTs turning the wheel for the better is WhIsBe’s “Extinction collection” of gummy bears, which was presented at ‘iv gallery’ to draw attention to the predicament of creatures on the verge of extinction.

WhIsBe is most recognised for using ordinary visuals in a provocative situation to create shocking societal satire.

WhIsbe will donate money to animal welfare organizations such as the Sheldrick Wildlife Trust. According to UNESCO, placing extinct plants and animals into the form of NFTs will assist in collecting funds to rescue endangered species and protect the ones on the verge of extinction.

Artist Ruby Mazur is best known for his work on Alice Cooper, Elton John, and the Rolling Stones’ album covers. In the music industry, he has had a long and famous career. He’s now putting his artistic abilities on display in the NFT space. His first NFT, at Hawaii’s first NFT gallery, ‘the Holle Fine Art Gallery’, sold for a wooping $1.1 million, establishing him as a household figure.

Then he worked on a 5,050-piece generative art campaign with Jim Evans. He also influenced the artwork for the Rolling Stones’ “Tumbling Dice” single from 1972. The collection was later auctioned for $1.7 million, raising $60,000 for the cancer research charity “Cancer”.

Jim Croce’s NFT is Mazur’s latest effort to raise money for cancer research after being diagnosed with the disease himself.

As NFT projects have proven to be effective in bringing about social change, an increasing number of artists are turning to them to raise funds. Some marketplaces even assist artists in establishing contact with their collectors. Artists working for humanitarian causes will be able to more effectively advocate their cause and generate more donations as a result of this new and flourishing medium of NFTs. 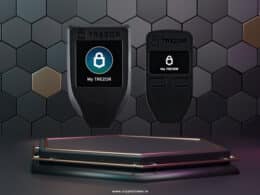 In the last decade, with the development of digital assets such as cryptocurrencies, stablecoins, and others, the need…

What Are Soulbound Tokens (SBTs) & How do they work? 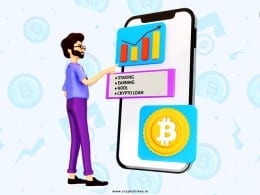 How to choose Crypto Consulting Solutions?

As the popularity of blockchain escalates, crypto consulting services are becoming increasingly significant. Cryptocurrency is a relatively new… 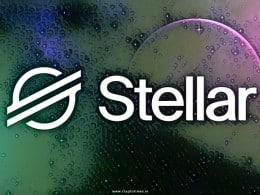 When compared to their predecessors, all of the burgeoning blockchain systems are counting on three winning combinations: greater…
Total
0
Share