In exciting news, the identity of two of the main founders of Bored Ape Yacht Club (BAYC) formerly going under the pseudonyms ‘Gargamel’ and ‘Gordon Goner’ has been revealed as Greg Solano and Wylie Aronow respectively.

This reveal was made in a typical, ‘letting the cat out of the bag’ style by a Buzzfeed report posted on Friday. Additionally, the identities have also been confirmed by none other than the Yuga Labs CEO himself, Nicole Muniz. It is worth mentioning that Yuga Labs is the company name behind BAYC.

It all came to light, when it was found that Yuga Labs is connected  in Delaware with an address linked with Greg Solano. Additionally, other relevant documentation associates Solano to Wylie Aronow.

The founders had given interviews recently to huge media outlets and had touched upon the journey of BAYC and their original idea of cool rich apes residing in a swamp clubhouse.

If one were to match the vague descriptions of their personalities as given out in their previous interviews, their original identities could not be more fitter. For instance, as per a few interviews, both of them are in their 30s and had literary aspirations and met while growing up in Florida.

Both of them were intrigued by crypto and wanted to indulge into the non-fungible token (NFT) space by creating some kind of NFTs. After contemplating over the ‘rich ape idea’, they hired a freelance illustrator to create the apes, and co-partnered with two other engineers as co-founders to put the idea into effect and came up with the collection.

However, the specification of the ‘two engineer co-founders’ going under the assumed name, ‘Emperor Tomato Ketchup’ and ‘No Sass’ remain concealed.

Speaking of their personal lives, Greg Solano, alias “Gargamel” has featured on a few literary websites as an editor and book critic, and has been a student of  University of Virginia. Interestingly, he has also co-authored a book about World of Warcraft along with one of the game’s designers.

As for Wylie Aronow, alias ‘Gordon Goner’, he is a 35 year old from Miami who lived in Chicago for a while, where he was interviewed by the Chicago Tribune in a “Readers of the Week” story. He has reportedly accepted that the information is true by tweeting out his picture along with his twitter profile picture (a bored ape NFT).

Although the trend of ‘pseudonymity’ of Web3 and its business sector has irked many, it is still very much here to stay.

On the business front, BAYC has been riding high for a long time now. Infact, it has attracted investors and has been running trades in billions. Yuga Labs, the company that makes BAYC, is reportedly in talks with venture capital firm Andreessen Horowitz about an investment that would value it at $5 billion. 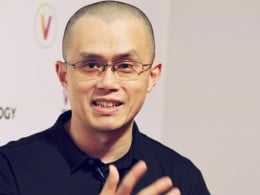 Zhao has asked Modern Media to retract the defamatory statements and make a formal apology as well as compensation. 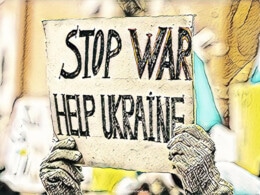 $250M and Smart Contracts: All it Takes to End the Ukraine War

Nansen Connect is currently in beta and available to selected communities, including smart money and blue-chip NFT holder channels.

Babel Finance to Repay some Debts to ease short-term Liquidity

The Hong-Kong based crypto lending firm, Babel Finance, has stated that it has ‘reached an agreement with counterparties…
Total
0
Share