Liquid staking service provider Lido issues a new governance proposal asking the community to vote ‘for’ or ‘against’ limiting Ethereum staking on the protocol.

The proposal titled “Should Lido consider self-limiting?” states that if the self-limit option wins, the team will figure out what form of self-limiting they should implement on the second leg of the vote.

Voting on the proposal is open from June 24 to July 1, however, the present results indicate that most voters are against limiting the amount of Ethereum staked on Lido.

Lido’s justification for limiting Ethereum staking included the claim that the blockchain’s existence is threatened by the concentration of staked Ethereum in one protocol, which gives that protocol more voting power.

According to Dune Analytics, Lido has 4.126 million Ethereum staked and currently holds a 31.63% market share. Kraken came in second with a  6.4% market share.

Lido stated that there is a risk that, if it were to opt to limit its staking exposure, centralized exchanges might dominate with the majority share of staked Ethereum.

Ethereum founder Vitalik Buterin and researcher Danny Ryan from the Ethereum Foundation have urged Lido to control its expansion.

If any protocol were to stake the majority of the available Ether, Ryan warned that the network would become vulnerable to censorship requests and other power abuses that blockchain technology was intended to prevent.

As per the latest update, Lido reveals a new Two-Phase Voting Approach.

The new modification reduces the possibility of the “last block vote hijack” and will offer the DAO members a 24-hour window to vote against an objection.

Also Read: Chainlink Staking: How it Will Boost the Oracle System 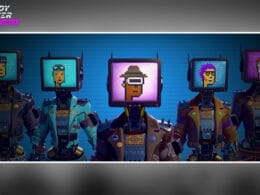 Ready Player Me is collaborating with over 1300 companies to incorporate 3D avatars into their apps and games.

The funding will help bolster its efforts at creating and developing its DeFi configurable indices.

Balenciaga CEO Cédric Charbit stated that the stores will initially accept BTC and ETH starting from June with more coins to be added later.

Kathleen Breitman believes that the business model of Celsius was unsustainable and thus its consequent downfall, is not shocking.
Total
5
Share