A Pokémon rip-off NFT collection, “The Animoon” project has turned out to be a rug pull to the tune of $6.3 million. Jake Paul, a Youtube influencer who cashes in on NFTs, promoted this alleged play-to-earn (P2E) NFT game.

Animoon comprising 9999 NFTs in a collection had its artwork taken from Pokémon and recolored. They claimed to have signed a non-disclosure agreement (NDA) with Pokémon partners TopDeck.

They not only offered a play-to-win game, collaborations to create a “Topdeckshop” in Switzerland, real-life travels, Animoon comics, and a Netflix secret project, but they also guaranteed that 15 Legendary cards will generate $2,500 every month for the rest of their lives.

Besides that, the ‘Jordan Shoes’ and T-shirts were supposed to be delivered to Animoon card owners IRL.

Today’s headlines are about what happened after that. Following the launch, the project team’s distance grew, and they began to update less regularly. Shipments of promised clothing were never delivered.

Despite the fact that the game did not exist, the developers altered the legendary prizes from $2,500 per month to a percentage of game income which they claimed: “could be a lot more than $2500”.

Animoon failed to deliver on its many promises after successfully luring investors into its trap with big claims and celebrity endorsements.

ZachXBT was able to show that the $6.3 million raised by Animoon was transferred out to Binance and Kucoin using the Breadcrumbs analytics tool.

The investigation eventually led to the two creators of the NFT initiative behind the rug pull fraud. French rapper Booba went after the creators for a list of offenses. He revealed that Mounir Mokaddem and Singainy Marc Oceane used the aliases Maxim Adam and Marc Blata.

Mokaddem has a whole website focused on his supposed criminal activities. Taking money for counseling and investment services that were never delivered is one of these examples. The founders are believed to be based in Dubai at the moment.

The list of exchanges currently subject to regulatory restrictions includes names like Binance and other big exchanges, but they are not yet included. 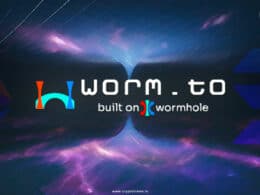 The court has given the SEC until Sept. 3 to respond to the latest motion.
Total
5
Share