eNaira will be circulated alongside its fiat currency promising a faster, cheaper and more secure option for monetary transactions.
byDhara Chavda
Published on - October 4, 2021  16:06
Updated on - February 7, 2022 17:44
2 minute read

The launch of eNaira was initially considered a bone of contention regarding the name ‘eNaira’ as eNaira Payments Solutions Limited. The issue arose when the court approved the rolling out of eNaira. This was revealed in the hearing yesterday at the Federal high court 8, headed by Justice Taiwo Aboyami Taiwo.

As stated by the solicitor of the company, the launch of eNaira is a deliberate infringement of his client’s trademark.

In contradiction to the court ruling, the company requested the court to hold back its decision to roll out CBDC. The court has not yet nodded to the urge. However, it has been adjourned for further hearing on Monday; 11th October 2021.

The Digital currency, eNaira, was previously supposed to be launched on October 1, 2021. Conflict between the CBDC and the company delayed the proceedings. Yet, that’s not the sole reason for the postponement of eNaira’s launch. The court seeks to consider the national interest, mainly because introducing eNaira would have a major impact on the country’s existing financial system.

Countries around the world are working on introducing CBDCs. Recently, The central bank of Laos announced the release of a study on its CBDC with the support of a Japanese fintech firm. They will explore the possibility of launching a digital version of Laos’s currency Lao Kip. 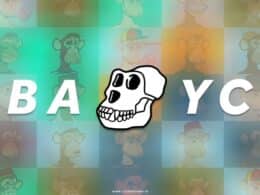 Bored Ape Yacht Club to Launch its Own Token in 2022

Bored Ape Yacht Club announced Friday in a twitter post that it will launch its own token in the first quarter of 2022. 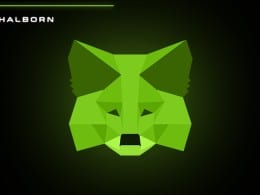 Not just Metamask but Solanas’s wallet Phantom too learned about this bug and will launch additional security patches next week.

Antianalysis Is Back On Dark Web After One Week’s Shutdown

Antinalysis is a website that advertises “blockchain privacy” and helps users check where the Bitcoin they hold originates and how risky it is to hold it.

The limited-edition NFT collection includes more than 10k “NFT Flips”, each one featuring a WWE Superstar tied to the ‘Hell in a Cell’ event.
Total
1
Share