Ethereum Network has been entering into the first consecutive week of negative supply as the crypto market is continuously taking high transaction fees.

In August, the Ethereum blockchain initiated the London hard fork, and since then more than 700,000 Ethereum has been burned, whose value is nearly $2.4 billion as per the current market value.

As gas prices are still high, Ethereum has seen seven consecutive days of deflationary issuance for the network, which means more Ethereum were removed or burnt from Blockchain than created through mining.

EthHub co-founder Anthony Sassano was surprised that he was not expecting deflationary Ethereum until the “merge”. The “merge” he used in the context of the implementations of Ethereum 2.0’s Beacon chain, which is expected to occur in the first half of 2022.

According to the fee burning tracker, roughly 15,000 ETH ($65 million) have been burning every day. When factoring in the rate of new ETH being created, The net issuance of minus 8,034 ETH at the time of writing.

According to Etherscan, the average cost of an ERC-20 token transfer is $46, which is high. On the other hand, the token swap or uniswap can cost $140 at the moment.

The Rarible Protocol embraces Metaplex, the NFT standard for Solana, offering a month of trading at 0% fees. 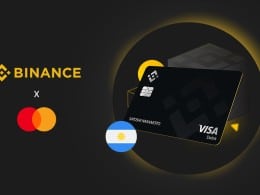 Argentina will be the first country in Latin America to launch a ‘Binance card’ which is currently in the beta phase.

According to the SEC, Balina bought $5 million worth of tokens, upon which he would get a 30% bonus for his promotions. 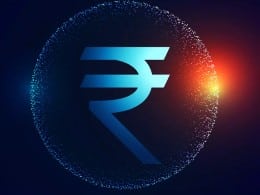 The Digital Rupee will act as a "liability" on the RBI’s balance sheet, and the RBI will be responsible for the expenses related to the eRupee.
Total
0
Share