The Ethereum core developers developed a testing environment called a “shadow fork” in order to test the much-awaited Shanghai upgrade.

According to Marius Van Der Wijden, a core developer at the Ethereum Foundation, the shadow fork started out with a few issues because the config wasn’t correctly applied on Geth.

Van Der Wijden and another developer “Potuz” will now create evil nodes that send fake blocks and messages to other nodes on the “Withdrawal-Mainnet-Shadow-Fork-1” testnet in an effort to persuade them to join a fake version of the network.

The network is now functioning without any issues, but Van Der Wijden has said he wants to “see if Potuz and I can break it.” Van Der Wijden mentioned that Geth clients are currently being synchronized with the rest of the network by Ethereum developers.

This is being done to see whether the upgrade can stop malicious intrusions or if additional adjustments are required before it is put into use on the Shanghai mainnet.

Recently, Ethereum reached over 500,000 validators on the Beacon chain before the Shanghai mainnet launch that would enable staked Ether (sETH) withdrawals. A few days back it was announced that the public testnet for the Shanghai upgrade has been alluded to happen by March 2023.

During this latest shadow fork, developers focused on creating a testing environment for staked ETH withdrawals as well as improvements to reduce gas costs.

Auction House Christie’s to Hold its Second Auction for NFT

The Auction will include a group of exceptionally rare CryptoPunks created by Larva Labs, as well as Yuga Labs’ Bored Ape Yacht Club (BAYC) and Larva Labs’ latest creation Meebits. 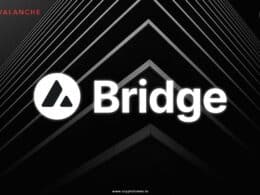 It's expected to be 5 times less expensive than the AEB, with a better user experience.

The company said that this appointment is to help bolster the firm’s regulatory efforts.

Franklin stated that he had adequate time to revoke his offer and hadn't been "botted" and later even apologized for his actions.
Total
0
Share