El Salvador’s President Nayib Bukele is one of the world leaders hoping for a Bitcoin price increase after the recent crypto crash. But, as BTC began trading for less than $20,000, he assured investors to enjoy life and advised that “your investment is safe and its value will immensely grow after the bear market.”

The government of El Salvador currently owns 2,301 Bitcoins worth an average of $45,171 each. These are now worth $46 million, less than half of the $104 million invested by the country.

Bukele’s tweet was intended to calm most investors’ fears about Bitcoin, as the largest cryptocurrency has crashed.

He wrote, “Stop looking at the graph and enjoy life. If you invested in BTC your investment is safe and its value will immensely grow after the bear market. Patience is the key.”

The advice elicited mixed reactions from the community, with many pointing out that El Salvador obtained the majority of its BTC at a much higher price than the current market value.

Euro Pacific Capital’s Peter Schiff, who is known for not believing in cryptocurrency, criticized the Salvadoran President’s advice, saying, “How can you say an investment in Bitcoin is “safe” when it has already lost 75% of its market value? You have no idea how low the price will fall during this bear market, or that the price will ever recover to current levels.”

While the crypto community’s popular suggestions to Bukele during the bear market included the launch of Bitcoin Bonds. 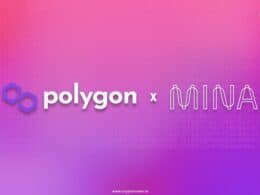 Polygon Integrates with Mina Protocol to Enhance the DeFi Privacy

Mina and Polygon will bring enhanced scalability, privacy, and verifiability to the DeFi economy.

Adidas Originals teamed up with the iconic Bored Ape Yacht Club, gmoney, and PUNKS Comic to create the NFTs.

Chainlink and AccuWeather Brings Weather Data on to the Blockchain