DeFi Platform Ardana Formed a Strategic Partnership with NEAR Protocol

The partnership will build the bridge infrastructure required for asset transfer between Cardano and NEAR.
byRupal Sharma
Published on - November 24, 2021  18:05
Updated on - November 25, 2021 17:46
2 minute read

Ardana, Cardano DeFi platform, announced its strategic partnership with NEAR, a decentralized application platform (dApp) that focuses on both developer and user experience. Ardana will form the bridge infrastructure required for asset transfer between Cardano and NEAR as part of this partnership with NEAR, which includes a grant.

This will connect Cardano and NEAR to support integrations between projects on both ecosystems. Ardana not only focuses on enabling token transfers between the NEAR and Cardano blockchains but also cross-chain smart contract functionality.

The NEAR coin will soon be available as an asset on Cardano, and it will be used as collateral on Ardana to mint stablecoins.

Erik Trautman, NEAR Foundation CEO, commented on this collaboration saying that NEAR’s main goal is to establish a multi-chain world. This will allow each blockchain to seamlessly talk and exchange data between one another. With this partnership, Ardana will aid in the creation of a multi-chain world, which will eventually accomplish the goal.

Last month, Ardana raised $10 million in a funding round led by Three Arrows Capital and Ascensive. The purpose was to leverage Cardano’s speed, scalability, and security to offer a DeFi solution that works for all. The decision to build the key infrastructure to operate the cross-chain bridge would be another milestone in achieving its goal.

Ardana CEO and founder Ryan Matovu also expressed his enthusiasm for this partnership stating that Ardana is on a mission to provide the crypto community with seamless integration between different ecosystems and projects. The collaboration will help both organizations explore new avenues of growth in the emerging blockchain technology.

According to a Wall Street Journal report, Fidelity Investment is considering a plan that would allow its individual… 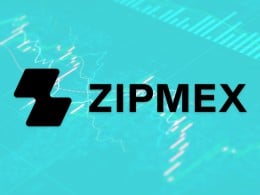 While deposits and withdrawals are now available in the Zipmex trade wallet, ZipUp accounts will remain disabled until further notice. 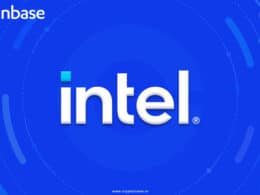 Intel Unveils its Small Stake In The Coinbase Stock