The giant U.S based Crypto exchange FTX has purchased an ad for the upcoming Super Bowl LVI.

The exchange didn’t provide a comment on how much the ad was purchased for or what the content will consist of. According to sportingnews.com, the price of a 30-second ad for Super Bowl LV in 2021 was $5.5 million.

The motivation behind the purchase is the scale of the audience that the Super Bowl reaches, said FTX CEO Sam Bankman-Fried. Super Bowl LVI, will be held in February 2022, FTX plans to reach a massive audience as the previous Super Bowl had 91M viewers.

“Our message throughout this year has been that crypto is safe, accessible, and ready for the mainstream,” Bankman-Fried said. “We’re inviting everyone to check it out, and here to help them on their journey. There is no bigger, more mainstream event to share a message like that than the Super Bowl.”

SBF has made football one of the priorities within a marketing strategy that focuses on sports as the fastest-growing customer base for crypto adoption.

In August, the FTX purchased the naming rights of Iconic California Memorial Stadium and gave $17.5 million. During that time Sam Bankman-Fried had said that he wishes to show everyone what FTX actually is using brand awareness.

Binance Sees Ireland as Part of its Regional HQ Plans

Binance Plans to establish regional headquarters across the globe to resolve the problem it is facing.

Enso will launch the attack on Dec 9 for three weeks and expects a $1.05 Billion liquidity migration. 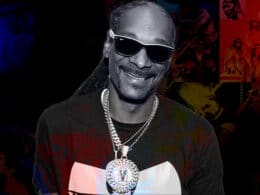 However, he has returned all contributions to fans as he will use a pro-rata amount of contribution by himself.

After the last month, Bitcoin and altcoins such as Ethereum, Solana are showing upward momentum in the graph.
Total
0
Share