The 2022 FIFA World Cup in Qatar has begun, and metaverse experiences are tiptoeing to take sports leagues to the next level by providing a new way for fans to connect with others and have fun. Chinese technology companies are scrambling to use cutting-edge technologies to improve soccer fans’ digital viewing experience, which is enabled by 5G and virtual reality (VR).

Two Chinese internet platforms are vying for the opportunity: Migu, a China Mobile subsidiary, and Douyin, the Chinese TikTok. The two streaming platforms have sub-licensed rights to broadcast live and on-demand coverage of the Qatar World Cup and will share digital coverage of the events with China Media Group, a state-owned broadcaster (CMG).

The FIFA association recently announced four new “games” that are being developed, including gambling and NFTs, and the mega event is set to take on a metaverse appearance for many sporting enthusiasts watching from afar.

Also, Pico, a VR headset maker owned by tech company ByteDance, stated that its users can watch live World Cup broadcasts through its VR goggles, and soccer fans can invite their friends to their own digital rooms to watch matches together and interact with virtual anchors.

Gan Yuqing, the Chief Content Officer of Migu, China Mobile’s digital content unit, stated that the company will also create a virtual interactive space for watching the World Cup and will live stream the event using technologies such as 5G and VR. 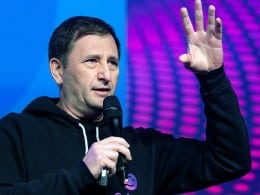 On September 27, Alex Mashinsky resigned as the CEO claiming that his position "has become an increasing distraction".

The website is unique as it got support from FTX exchange, Kuna exchange and staking platform Everstake.

IMF also urged that crypto service providers such as exchanges should be licensed or authorized. 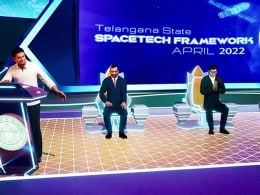 The CEO of NITI Aayog Amitabh Kant was present as a virtual avatar in the event.
Total
10
Share