The NFT space got stunned by the revelation that a Bored Ape (BAYC) NFT had been sold for just $115.

BAYC NFT #835 is the ape that shockingly got sold for just 115 DAI, which is just $115 because DAI is a dollar-pegged stablecoin.

According to the data from OpenSea, user Cchan did sell the NFT 99.9% lower than the current floor price. The very same owner also sold Mutant Ape #11670 to the same buyer for 25 DAI ($25).

The community began to believe that Cchan mistook DAI for ETH. Other collectors previously had submitted three high-value bids for the same ape, ranging from 75 to 106 ETH, but they were not accepted.

This dumbfounding sale marks a significant loss for Cchan, as the BAYC NFT was originally purchased for 16 ETH in August of last year.

Upon the low-cost purchase, ape #835 was also utilized to acquire free ApeCoin tokens from the recent airdrop. The user received 12,136 Ape tokens worth $171,117 at that time.

Cchan later went on to explain the whole situation via a Twitter thread. “I am fine. In shock, but okay. Do I know what happened? No. Still trying to wrap my head around how and why,” is what his response is to this event.

He doubts that it may have been a hack attack and believes it’s because of something he has signed unknowingly in the past. But Cchan is sure that the attacker doesn’t have access to his private keys as they didn’t transfer all of his NFTs and only the two of them.

Cchan, according to his statements, has worked in one of the earliest decentralized swap protocols as an engineer and now manages his own Web 3 firm. So, it’s not the first time he had to deal with situations like this.

But a portion of the community also theorize that this event is part of some kind of tax loss harvesting scheme or tax evasion attempt.

When someone sells an NFT for a low enough price to assist offset other capital gains, this is known as tax loss harvesting. However, if the person who sold the ape NFTs also had access over the unlabeled buyer’s wallet, they might theoretically be using the transaction fees to try to hide a tax liability.

Right now the situation is not that clear with speculations flying in from every corner. And we would never know if it was a tax evasion attempt or just a hack attack.

Due to an OpenSea bug earlier this year, many Bored Ape owners, as well as owners of other popular collections, saw their assets sniped at prices well below market value. A BAYC NFT owner who lost his ape dragged OpenSea to the court asking a compensation of $1M after citing a lack of preventive safety measures on the platform.

Metamask users can use their existing crypto balance from their Coinbase account and purchase crypto using the payment info saved in their accounts.

Coinbase Collaborates With One of The Largest Banks in Japan

By using the Coinbase platform, Millions of users in Japan will get access to their easy-to-use and trustable exchange in no time, just by offering MUFG Deposit for connected customers

CERT Responsible for Cyber Security of the Indian Crypto Industry

The announcement circular notifies all crypto businesses to maintain their financial transaction records for five years. 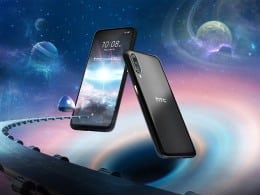 Smartphone manufacturer HTC launched a new smartphone with crypto and NFT functionalities. The phone is also designed to…
Total
0
Share