An Australian developer had created “The NFT Bay” platform similar to “The Pirate Bay” for non-fungible tokens (NFT), where users can download JPEG files of the NFT collections such as Bored Ape Yacht Club, Crypto Punks, and others.

It seems like this website layout and logo are similar to the torrent website The Pirate Bay, a website where users can download pirated films, video games, songs, web series, and other media. Many times, This website falls into controversy as many blockbuster movies are instantly uploaded after being released, which is a violation of media copyrights.

On “The NFT Bay”, users can download JPEG copies of famous, valuable, and rare NFTs from many famous creators and collections.

Huntly has raised questions on the current NFTs collection while praising Web3 development “is quite amazing,”. According to him, the current development in technology  is “not so much.”

“The image is not stored on the blockchain and the majority of images I’ve seen are hosted on Web 2.0 storage, which is likely to end up as 404, meaning the NFT has even less value,” NFT skeptic claimed.

However, Steve Mitobe, CEO and founder of NFT development agency West Coast NFT has made clear and ensured that NFT development is on a secure network and added that “the standard for most NFTs is to use decentralized network storage technology such as IPFS or Arweave.”

IPFS is a peer-to-peer network technology to store and share data in the distributed file system. Arweave is another global permanent storage solution based on proof-of-access technology.

Mitobe added, “By using these systems, the metadata and images are recoverable or permanent and not dependent on a single point of failure (404 error).”

“Where I believe Mr. Huntley is incorrect is that he’s assuming that Web 3.0 only consists of the blockchain in its entirety. Web 3.0 infrastructure is actually made up of many different parts including peer-to-peer storage systems such as Arweave/IPFS. The blockchain is just one piece.”

After the website went live on the internet, A large number of NFT critics and users searched for free download of NFTs images. In just two days, The website received 1.2 million users traffic.

At the time of writing, Bored Ape Yacht Club, CryptoPunks, CryptoPuppies, and Axie infinity’s content is present on the website. Alone, CryptoPunks collection has generated an $815 million transaction volume.

Many NFT and Crypto Critics are praising the developer for revealing flaws in current NFTs marketplaces. One Of these critics, Drew Hess tweeted, “More than anything else I’ve seen or read, this torrent may finally disabuse anyone of the notion that NFTs have inherent value.”

Recently many NFTs platforms had fallen into controversy as they failed to save the value and importance of NFTs on the Platform. One of the leading NFTs marketplaces, OpenSea, had confirmed insider trading by its executive.

The Ministry of Finance believes that legislative regulations for cryptocurrencies will be set this year.

The head of engineering at BNP Paribas, Joe Bonnaud, said that the bank’s adoption of Onyx was more than just an exploration of a proof of concept. 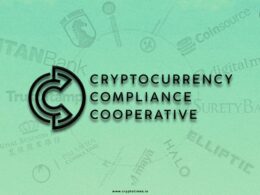 The mission of the CCC is to create a safer environment for all consumers and legitimize the cash-to-cryptocurrency industry by bolstering compliance standards that are deemed by many to be currently insufficient.
Total
2
Share