Indian billionaire businessman, and the chairman of Mahindra Group, Anand Mahindra uses the newly launched e-rupee to buy fruits from a nearby vendor. In his latest tweet, Anand Mahindra stated that he learned about the e-rupee at the Reserve Bank of India’s (RBI) board meeting.

“At the Reserve Bank’s board meeting today I learned about the RBI digital currency-the e-rupee. Right after the meeting, I visited Bachche Lal Sahani, a nearby fruit vendor who is one of the first merchants to accept it. Digital India in action! (Got great pomegranates as well!),” The conglomerate tweeted.

Last month,  RBI governor Shaktikanta Das detailed the difference between UPI and India’s CBDC e-rupee following the launch of India’s retail CBDC. According to him, e-rupee transactions will not have any intermediary, unlike UPI transactions. 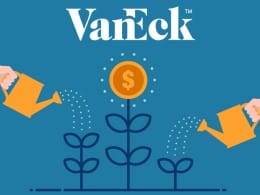 Crypto has become an ‘Essential Tool of Ukraine’s Defence’

Ukraine’s Deputy Minister of Digital Transformation, Alex Bornyakov tweeted his support and optimism for crypto, saying that it…

The United States Securities and Exchange Commission (SEC) said it is preparing to file charges against Sam Bankman-Fried.…
Total
0
Share