In the midst of the sharp correction in crypto valuations, an interesting survey by Bank of America reveals that 90% of surveyed U.S. adults plan to buy some crypto in the next 6 months.

In an interview, the Bank’s analyst, Jason Kupferberg, stated that the bank conducted a survey of 1,000 US adults following the collapse of the Terra (LUNA) ecosystem, but prior to this week’s crypto capitulation.

“It was interesting to see that 90% of respondents said that they do plan to buy some amount of crypto in the next six months.”

And it was the same percentage of people who said they had purchased some cryptocurrency in the previous six months.

When asked if they want to use it as a store of value or a payment method, although there has not yet been widespread adoption, Kupferberg stated ‌it is still possible to see an “increasing use of certain types of crypto-to-fiat products,” citing the benefits offered by Coinbase’s VISA card as an example.

Kupferberg compares it to the dot-com era, predicting that some projects will fail before the ones that remain are widely adopted.

He also pointed out that bitcoin is highly correlated with stocks, particularly high-growth technology stocks.

Coinbase to Start Future Trading Options on its Exchange

Coinbase has filed an application with the National Futures Association (NFA) to offer futures and derivatives trading on its platform.

Marvel to Drop the Amazing Spider-Girl NFTs via VeVe

When the 3AC creditors' attorneys went to visit Three Arrows Capital’s Singapore office, they discovered it to be deserted. 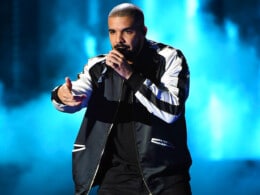 Drake Loses Bitcoins Worth $275,000 after Betting in a UFC Match

He put money on Jorge Masvidal, who was defeated by Colby covington in the UFC 272 grudge match.
Total
0
Share