The creator of the Bored Ape Yacht Club NFTs, Yuga Labs has announced that it has removed a part of the code which would have enabled infinite minting of Bored Apes.

Yuga Labs co-founder and developer known as EmperorTomatoKetchup tweeted, “The contract owner has now been burned. While we’d been meaning to do this for a long time, we hadn’t out of an abundance of caution. Felt comfortable doing it now. All done. In lay terms: The issue flagged in this article is now impossible.”

A link to the transaction where the code was revoked was also provided in the same tweet. The transaction had a timestamp of 7:07 p.m. ET on June 7.

Back in June 2021, when Dan Kelly, the CEO of NonFungibles found out this part of the code, he tweeted, “It seems that the hard cap is not actually 10k since the owner can “reserve”/mint as many as they like. @BoredApeYC, any plans to remove the contract owner (or set to an non-existant wallet)?”.

Yuga Labs responded that they were aware about it and working on it. They further said that they would never call that function and would revoke it in a day or two.

Fast forward to a year later, another twitter user pointed out that the code was still in fact intact. He also pointed out that “If the token contract owner (a personal wallet, not a multisig) gets hacked or phished, you might see thousands of new bored apes minted and dumped onto the market.”

Finally, Yuga Labs revoked the code yesterday, exponentially increasing the security of its NFTs seeing how frequently the project is targeted with phishing attacks.

By February 13, 2022, Binance Singapore will stop offering services and close all existing accounts. 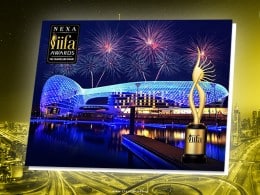 IIFA Awards Partners with Bollyverse for its Metaverse Entry

Bollyverse platform will provide an Xsens experience where IIFA attendees may teleport their dance moves to the Metaverse.

In appreciation for the vast community support, Moonbeam has increased the rewards payout by 50% for all participants.
Total
29
Share