With the expansion of Cryptoverse with the revolutionary blockchain technology, new concepts and innovations are taking a place on it. Among the race of innovation, one new fascinating concept Blockchain Games has embarked on new heights. On-chain games come with entices ‘Play-to-earn’ concepts, where players earn rewards like digital assets such as NFTs or digital tokens. Wolf NFT Game is the place where you should begin your blockchain gaming journey.

The reason behind Why I’m suggesting the Wolf game is very clear, it’s ‘Simple’, ‘secure’, and the first on-chain NFT game on the Ethereum blockchain. After its rollout, the game has got the attention of many NFTs and Crypto lovers around the world because of its rewarding experience.

Have you ever played Arcade or Coin-op games? Where you slide the coin into the machine and play to win a teddy or a few more coupons of different games. The same experience Wolf Game delivers.

In the Wolf Game, you get NFTs or governance tokens as a reward. No doubt here you need a lot more capital to play than nostalgic Arcade games, But in return, you’ll get an incredible experience of nonfungible tokens or NFTs.

Wolf Game is also first in the manner where your Wolf NFTs can steal others’ NFTs. rather than that players can claim in-game governance tokens and get rewards by completing tasks. The game has generated $51 million in the first week, which shows the fanbase of on-chain games.

Unfortunately, the developers have found some bugs in the game and before it exploits the game, the developer has temporarily paused the game.

Now Before moving forwards, keep in mind that the game concepts have been changing after the paused. Here I’ll try to give you every minute details from this game and to simplify these details I’ve divided this article into two topics.

Before the discovery of Exploit in Wolf Game

Wolf Game launched to cater best blockchain gaming experience by attracting concepts such as Wolf Game NFTs. Also, the developer offers in-game Governance tokens and precious resources for the game economy, $Wool. One can mint, earn or steal these NFTs and $Wool, which makes it unique among other play-to-earn on-chain games. You can say that the Wolf Game is the node/ intersection of NFTs and blockchain technology.

What is Game About?

Sheep – It is the source of precious $Wool. The more you mint or add Sheep into your farms, the more you $Wool you will get. Also, You can stake a flock of sheep in a barn, where you earn $Wool. One can breed them to increase the number of Sheep.

Wolves – Wolves are the evilest character in the game. you’ll have to take care of Sheep and $Wool otherwise it can be hunted, stolen, or Kidnapped by Wolves. In order to protect your flock.

Farmers – They pay taxes on $Wool production to Wolves to keep them away from the barn.

Wolf game has committed to maintaining a 5 billion $Wool supply. The total supply will be distributed among players, developers, and community members.

Out of 5 billion, 2.4 billion will be available for players and they can claim this $Wool by staking their Sheep in the barn. The remaining supply will be allocated to developers and the community, with the respective proportion of 600 million and 2 billion.

Players who own Wolf NFTs can claim genesis plots out of the finite source of just 20,000!!!! At the time of writing, all this Genesis land has been sold.

As Wolf Game is the first completely Ethereum-based on-chain game, the game has got a huge response after the launch on Nov 18th. In less than a week, the game has successfully generated a 12.2 ETH volume, which shows blockchain games’ influence across the globe. Other than that, its fascinating concepts such as NFTs stealing and Play-to-earn have gotten attention from NFTs lovers.

The reason behind this pause was to protect Wolf NFTs and resources such as $Wool tokens. The developer has also revealed a $50,000 Bug Bounty program for third-party auditors and the community to cater errorless gaming experiences for players.

While updating the game, many new concepts and utilities have been revealed. The aim behind these new utilities is to fix the oversupply of $Wool tokens.

The game came to the decision to migrate all old Wolf NFTs on the new smart contract, which contains the same metadata and traits as old NFTs. (The migration was started on 27th Nov)

The ‘migration’ word always sounds horrible after the Second World War, but believe me, here you can migrate your collected Wolf NFTs in just a few seconds without a long walk.

To protect Wolf NFTs, The game has decided to shift over the new smart contract and migrate all old NFTs on new contracts. On a new smart contract, NFTs holders can get the same copy of NFT with similar metadata and traits as an old NFT.

In order to achieve the exact copy of Wolf NFTs on the new smart contract, all you need MetaMask Wallet (obviously where your Wolf  NFT is stored) and an internet connection.

The migration process began on 27th Nov and there is no limit for migration. You can migrate your NFTs by following these simple steps,

Your new Wolf NFTs will reflect the migrated NFTs option. You don’t need to worry about these NFTs as they contain the same properties as your older NFTs.

One More stuff you can claim after NFTs migration is “Wool Pouches”. Simply Wool Pouches are the packets with the $Wool and only Wolf NFTs holders can claim.

Why Wool Pouches were introduced? A common question among Wolf Game lovers.

What is a Wool Pouche? Simply, Wool Pouches are nothing more than a virtual bag with a finite supply of $Wool tokens. All Wolf NFTs holders can claim these Wool pouches.

In the 4 years of time, anyone can claim unlocked $Wool from Wool Pouches and can trade their Wool Pouches on the secondary market such as Opensea.

On a technical basis, Wool Pouche is a tradable NFTs in form of ERC-20 tokens, which carries a fixed amount of $Wool tokens.

Now before taking you to the next level of the game, I just want to familiarize you with all past events and changes, which has made the game a little bit confusing for some people.

The remaining supply of $Wool after Phase 1 will be distributed through a new task called “Risky Game”. As we know when the error occurred approximately 230 million $Wool were already claimed.

(Earlier, this supply was planned to distribute through staking or shearing. But now, as the game is heading towards a new concept, the old concept will end with a new task launch.)

The game gives you two options to participate in the Risky Game. “Yes Risk” and “No Risk”

While making a deal with Wolves, if you want to play safe then you can directly claim the Wool Pouches with the predetermined supply of $Wool. The amount you will get in pouches will be depended on your staking situation at the time of the game paused.

Unstaked NFTs will receive the amount at the constant rate of 10,000 $Wool per day from the time the contract was paused up until the migration opened.

Staked: $Wool earning will be depended on the staking time period

Unstaked: 10,000 $Wool Per day from paused to migration

Note that on the total earnings in the No Risk option, Wolves will take away 20% from your earnings.

Here, you can try your luck. The winning chance will be 50-50. If your sheep wins, you will get the Wool Pouches with a large sum of $Wool tokens. But if you lose, you will have to return with empty hands!!!!

Here the winner will get the bigger pouch than No Risk options.

In the Yes Risk option, available $Wool will be equal to the remaining Wool from the staking faucet (2.4 billion) minus $Wool used in the No Risk option.

Lastly, all remaining $Wool not won by Sheep will be handed over to Wolves.

Moreover, this game is still under development and a full version of this game is expected to launch in 2022. Crypto Times commits you to deliver every update and change in the future of the game.

As the crypto economy expands, so does the need for a robust and trustworthy blockchain. In addition, the… 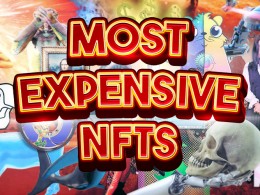 The Journey of Billelis: In Art and In Life