A day after the announcement of the plan to continue the game, Now the Wolf Game came forward once again with more specific details to protect “the long-term health” of $Wool. Users can earn the $Wool, which is the governance token of the game.

Earlier In the game, the Shepard was about to bring 40,000 Gen 1 Sheep and Wolves to the farm after burning 1.8 billion $Wool tokens. But due to technical errors, only 3,809 were allocated, which has increased the rarity level of Sheep and Wolves and left the 1.7 billion Wool unburned.

The developer ensures to leverage sensible tokenomics to maintain the game’s integrity as well as protect all wolf NFT such as Wolves, Sheep as well as Farmers.

Also, The developer has introduced the finite number of ERC-20 tokens or Wool Pouches, which will be associated with tradable NFTs. Each and Every Wool Pouches will come with a finite Wool supply. Initially, 10,000 Wool will be allocated among the minter, this will create an opportunity to burn 10,000 Wool in exchange for a Farmer.

After that, the remaining Wool from the pouches will be available for the next 4 years and at a constant rate. Players will be allowed to claim unlocked Wool or Wool Pouch.

Also, The developer has left some details with captions and added that more details will be revealed tomorrow.

Yesterday, Wolf Game revealed a plan on Twitter to continue the game from phase 1 and announced a $10,000 bug bounty program.

Author
Rajpalsinh Parmar
Raj is a content writer based in Ahmedabad for Cryptotimes.io. He is new to the field of Blockchain technology.

The coinbase user lost $11.6 million in under 10 minutes after falling for a fake notification scam as per US Attorneys Office. 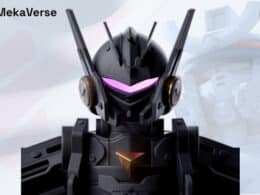 As a result of leaked data and possible wrongdoing, the anime-inspired avatar project is losing value after a massive launch last week.
Total
34
Share