The community of Waves has voted in favor of Vires.Finance’s DeFi revival plan in the latest proposal, which is currently facing a liquidity crisis.

The purpose behind the voting was to raise support for Vires.Finance and reimbursement to the users who were affected.

Neutrino (USDN), a stablecoin deployed on the Waves platform, fell into crisis after a de-pegging issue arrived in April. This has triggered intense withdrawals from the platform, ultimately turning into a liquidity shortage. Because of this, users became unable to withdraw their funds from the platform.

Amid ongoing turmoil, Waves founder Sasha Ivanov circulated good tides as she has collected $500 million in debt into a wallet that is intended to pay gradually.

To normalize the situation again, the Vires team proposed two options to its users, who have a claim of over $250,000 against the platform.

The first option is to exchange their position on USDN with a one-year vesting period and a 5% liquidation bonus. The second one is to hold a position in USD Coin (USDC) and Tether (USDT) with 0% APY. For the second option, Ivanov will repay users without committing any certain time period.

After getting a result in their favor in the proposal,  Vires would have adequate liquidity to restore withdrawal for users.

“Ultimately, the proposal is anticipated to result in more funds being freed up, gradually increasing Vires.Finance’s liquidity and allowing more users to withdraw their assets. Additionally, holders of gVires, the platform’s governance token, will be offered two months’ worth of APY via the revenue system,” the announcement stated.

Playboy Collabs with The Sandbox for ‘MetaMansion’

This crypto wallet will allow users to store their cryptocurrencies in a wallet and they will be able to use them without converting them into dollars. 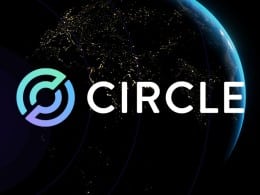 Circle’s CSO Dante Disparte urged for a level playing field between banks and non-banks regarding a digital currency pegged to the U.S. dollar.

Bukele broadcast his intentions on a video at the Bitcoin 2021 conference in Miami. The country is partnering with digital wallet company, Strike, to build modern financial infrastructure using bitcoin technology.
Total
0
Share