One of the world’s largest retailers Walmart and the most popular online gaming platform among US children, Roblox, are teaming up for “Walmart Land” and “Universe of Play”. Walmart has announced the launch of these two new Roblox metaverse immersive experiences.

What awaits you in Walmart Land and the Universe of Play?

The virtual worlds are aimed at the younger customers of the retail giant. Its first foray into the virtual world will include a virtual store of merchandise, or “verch”, for your avatar, as well as unlockable tokens and badges earned through various games and competitions, as well as various toy worlds and games.

Not only that, but there will be “Electric Island”, which will include an interactive piano walkway, a dance challenge, a Netflix trivia experience featuring Noah Schnapp, and a DJ booth.

Walmart has been ramping up for a full-fledged Metaverse Push since filing seven related patents in January.

Users can collect virtual toys by earning coins that can be redeemed for avatar verch. It includes a Walmart blimp that drops toys on a regular basis throughout the experience. Universe of Play will also include e-mobility items such as hoverboards, as well as a Sharper Image drone. 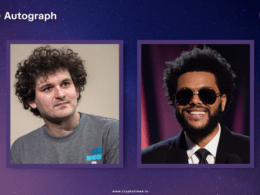 The decision is followed by the platform's intent to venture more into the entertainment industry space.

Bond’s ‘No Time To Die’ Triumph Motorcycle NFT Out Now

The NFT is inspired by the dynamic design of the Triumph Scrambler 1200 featured in Bond 007’s ‘No Time To Die’ last year.

Volvo Car India’s XC40 Recharge is all set to launch on Mindshare’s Metaverse via the debuting sunrise technology.

Everyrealm's metaverse game Hometopia which has been in development for more than three years will allow players to own anything they create in-game.
Total
0
Share