Vitalik Buterin, the co-founder of Ethereum said that centralized stablecoins such as USDT and USDC could become “a significant decider in future contentious hard forks.”

He made this comment while speaking at the BUIDL Asia conference in Seoul on Wednesday, along with Illia Polosukhin, the co-founder of Near Protocol.

Buterin argued that centralized stablecoins could be a ‘significant’ decider of which blockchain protocol the industry would ‘respect’ in hard forks.

“At the moment of the merge, you will have two [separate] networks […] and then you have exchanges, you have Oracle providers, you have stablecoin providers that are kind of deciding in a way, which one they respect.”

According to him, Ethereum could see more contentious hard forks in the next five to ten years. Centralized stablecoin providers could carry more weight then.

He said that this could happen because of any number of reasons such as the Ethereum foundation would become weaker or the ETH2 client would have more power or ‘someone like Coinbase, would both run a stablecoin and have bought up one of the client teams by then…’

Vitalik also proposed opting for different stable coins to prevent giving too much power to one.

He said, “The best answer I can come up with is to encourage the adoption of more kinds of stablecoins. Basically, you know, people could use USDC, but then they could also use DAI and like, at this point, I mean, like DAI has taken this kind of very decisive route of saying ‘we’re not going to be purely crypto economic we’re going to be a wrapper for a whole bunch of real world assets.’”

Particle to Launch Banksy’s Artwork as NFT on Avalanche

The Primary Sale of Particle NFTs of Banksy’s "Love is in the Air" will start from January 10 till January 14, 2022. 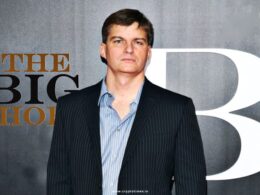 Michael Burry of ‘Big Short’ Fame Revealed his Next Bet

Michaell Burry has placed his next bet against the Cathie Wood’s Ark Innovation ETF. 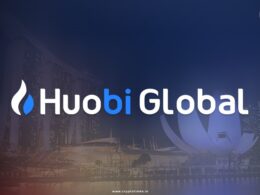 The company cites the obligation to “comply with Singapore laws” to include Singapore as a restricted jurisdiction.
Total
5
Share