Vitalik Buterin Calls Out Yet Another PoW Proponent

Ethereum co-founder Vitalik Buterin calls out yet another PoW proponent about their false idea about the PoS system. Buterin called out Nick Payton, the Managing Editor at Swan Bitcoin who tweeted “Dear Proof of Stakers, the fact that you can vote on something to change its properties is proof that it’s a security.”

Vitalik responded by saying how certain PoW supporters keep lying about PoS including voting on protocol parameters, and how often this goes unquestioned. “Nodes reject invalid blocks, in PoS and in PoW. It’s not hard” Buterin asserted.

Vitalik Buterin also took a jab at Payton’s grammar saying that when talking about things like PoS, “we don’t say “it’s a security”, we say “it’s secure”. I know these suffixes are hard though, so I forgive the error.” 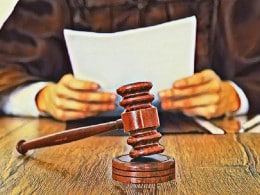