US residents are outraged about the current SEC chair, Gary Gensler, for letting firms like FTX and Celsius take advantage of users’ funds without their knowledge.

Over 4000 messages have been sent through the Connect to Congress app by CryptoLaw.com urging an investigation of SEC Chair Gary Gensler’s ties to FTX.

Per CryptoLaw.com, “evidence has emerged” that Gensler met with former FTX CEO Sam Bankman-Fried, who “masterminded” the exchange before last week’s collapse.

The crypto community in the US is demanding a congressional investigation into SEC Chair Gary Gensler’s relationship with FTX and its officers.

The Crypto community won’t be satisfied by comments to the reporters and demands to know the whole truth on the record, under oath.

Alex Smirnov, cofounder and project lead at DeBridge Finance reported that a North Korean hackers group is involved in an attempted cyberattack. 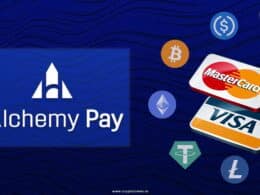 Cards will be accepted across millions of merchants on the Visa and Mastercard network.

The economist has previously emphasised his critical and scathing opinions of the crypto industry.

The esports giant and the blockchain platform announced a multi-year technical partnership and the launch of a blockchain based gaming platform, Block Born.
Total
1
Share