U.S. Congressman Tom Emmer proposed a bill that would prohibit the Federal Reserve from directly issuing CBDC to individuals.

The press release from Tom Emmer notes that any CBDC implemented by the Fed must be open, permissionless, and private.

This means that “any digital dollar must be accessible to all, transact on a blockchain that is transparent to all, and maintain the privacy elements of cash,” according to Emmer.

Emmer took a dig at China stating that the country develops CBDCs omitting the benefits and protection of cash.

He feels that it is more crucial than ever to ensure the U.S. digital currency policy protects financial privacy, maintains the dollar’s dominance, and cultivates innovation.

CBDCs that fail to follow these three basic criteria could allow the Federal Reserve to transform itself as a retail bank, collecting personal info of individuals.

Aside from concerns of possible financial surveillance, the congressman slammed the Fed’s CBDC rollout as being overly centralized, leaving consumers’ personal info vulnerable to attack.

“Requiring users to open an account at the Fed to access a United States CBDC would put the Fed on an insidious path akin to China’s digital authoritarianism,” he added.

He stated that the Fed should prioritize blockchain technology with American features and not just imitate China’s CBDC model.

Emmer’s proposal comes just one day after Fed Chair Jerome Powell informed the Senate committee that the central bank will release a report on CBDCs and stablecoins in the upcoming days.

87 nations are actively exploring CBDCs, with 14 of them, including large economies such as China and South Korea, already in the initial stages. Last month the Reserve Bank of India (RBI) discussed various aspects related to CBDC. Most of the board members voiced concern about private cryptocurrencies and their repercussions, which include substantial dangers to the country’s financial stability. 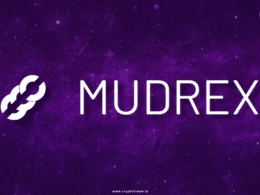 The launch is to attract investors who take advantage of crypto investments for long-term wealth establishment.

Cards will be accepted across millions of merchants on the Visa and Mastercard network.