Cryptocurrencies witness the popularity among banking services with the debut of UNIFY Financial Credit Union readying to embark on becoming the first credit union to offer crypto services to its members.

According to the announcement, UNIFY customers will now be able to buy, sell, and HODL bitcoin alongside their traditional accounts within the online banking platforms.

Any UNIFY member who purchases $500 in bitcoin through the credit union’s platform by February 14, 2022, will be entered to win the NFT featuring the NFL star. Winners will also be able to participate in a one-on-one Zoom call with Johnson.

UNIFY wants to “stay on the leading edge of financial services as technology, and consumer interests continue to evolve,” according to the organization’s President and CEO, Gordon Howe.

“Partnering with pro footballer John Johnson in creating this one-of-a-kind NFT collectible is a great way to kick off our entry into crypto services, and we hope our members take this opportunity to learn more about digital currencies through UNIFY,” he commented.

UNIFY is collaborating with Q2, its online banking administrator, along with NYDIG to provide cryptocurrency services.

NYDIG has made considerable efforts in collaborations and provision of products, services to increase bitcoin adoption, for example, earlier this month it created a Bitcoin Savings Plan that allows employees to convert a portion of their paycheck to Bitcoin. 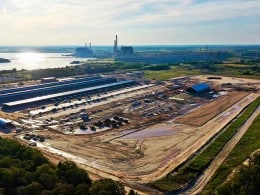 The groups asked for a series of policies that will combat the climate crisis and address the detrimental impacts of digital currency on electricity and climate pollution.

First to trail digital currency as part of the Project Khokha.

The third time CEO Howard Schultz announces entry in the NFT business and various other initiatives to pipe down agitated employees.

Chainalysis Reports that Crypto Crimes Touched Record $14B in 2021

Chainalysis observed that one factor contributing to $14 billion worth of illicit activity is the considerable growth in the adoption of cryptocurrencies which is seen over years.
Total
0
Share