According to the filing, NVIDIA failed to disclose that the crypto mining was a significant component of its material revenue growth from the sale of its graphics processor units (GPUs) for three consecutive quarters in fiscal year 2018.

NVIDIA knew crypto mining was fueling its growth, according to the SEC, but failed to include it in two of its 2018 Form 10-Qs, which is a quarterly report of financial performance.

The SEC’s order also finds that NVIDIA’s omissions of material information about the growth of its gaming business were deceptive.

Given that NVIDIA did make statements about how demand for crypto drove other parts of its business, giving the impression that crypto mining had little impact on its gaming business.

The SEC is very vigilant with anything crypto-related, and doesn’t spare anyone who violates the regulations. A day back, the SEC placed Chinese crypto mining rig maker Canaan, and 88 other Chinese companies on a pre-delisting list under the HFCAA Act. 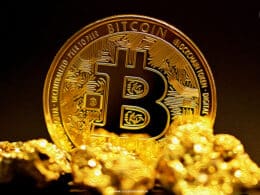 Goldman Sachs says Bitcoin will compete with Gold as a “store of value”.

Binance to Tail off Its Futures and Derivatives in Europe

Binance tail off its Futures and Derivatives products offering in Germany, Italy, and the Netherlands.

Gary ‘Vee friends’ up with a16z

VeeFriends will utilise the assets to help its intellectual property ecosystem, which incorporates 283 VeeFriends characters 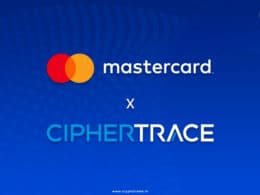 The acquisition will help Mastercard to differentiate its card and real-time payments infrastructure by combining the technology, AI, and cyber capabilities of both companies
Total
0
Share