Top 7 Blockchain Platforms to look out for in 2023

The crypto space is evolving rapidly and continues to grab the attention of people all over the globe who are aware of its potential. With more and more blockchain platforms emerging, developers, builders, and crypto enthusiasts are flocking around them as per their application needs.

Every blockchain platform faces some or other challenges such as speed and energy consumption. So, it becomes important to select the one that provides practical utility for your business uses and applications.

If you are still wondering what these blockchain platforms are, why they are gaining a lot of attraction and how to select the right development platform to dip your toes in the crypto world, here is the answer.

With various blockchain platforms delivering something distinct from the others, whether it’s transaction speed or gas fee, it’s difficult to identify the top blockchain that’s best for you. Here we have compiled a list that includes the Top 7 blockchain platforms available that offer better security, scalability, and efficiency.

When we talk about Ethereum, we’re not just talking about a blockchain; we’re talking about a protocol that runs numerous DApps as well as independent blockchains. Its versatility makes it the best blockchain platform available in the crypto market.

Introduced in 2013, Ethereum is the first decentralized blockchain platform to use smart contracts functionality to ensure smooth and steady operations. Its token Ether (ETH) currently holds the largest market cap that works on the Proof-of-Stake (PoS) mechanism and the second largest market cap among cryptocurrencies.

With the successful merge upgrade that moved Ethereum from PoW to PoS, Ethereum is expected to handle more transactions, ease bottlenecks, and ultimately become the best blockchain platform.

Apart from that it also has multiple other token standards, like ERC-20 for DeFi applications, ERC-721 and ERC-1155 for NFT projects, and ERC-777 for improved functionality.

Being the top blockchain platform, it hosts more than 460,000 token contracts that are predicated on its ERC-20 token standard. Some of the leading crypto tokens include Basic Attention Token (BAT), Tether (USDT), USD Coin (USDC), Chainlink (LINK), and Dai (DAI).

Also Read: What’s Next After the Ethereum Merge?

Polygon has emerged as the most popular blockchain platform as it operates using the Ethereum blockchain and connects various blockchain-based projects. Basically, it’s a layer-2 solution that has built trust for its characteristics such as improved flexibility, scalability, and sovereignty of blockchain projects.

While it provides structural benefits of the Ethereum blockchain, Polygon has unmatched security and interoperability. Its token MATIC is an ERC-20 token which makes it compatible with other Ethereum-based cryptocurrencies.

The quality that brings it to the list of top blockchain platforms is its fast transaction processing speeds. Polygon’s average block processing time is 2.1 seconds and a typical transaction fee of around $0.01.

All these reasons combined make Polygon the best blockchain platform available for those who want to deploy their project on secure, interoperable, and economic blockchain.

Binance Smart Chain (BSC) is a blockchain platform for smart contracts that was launched in late August 2020. BSC was built as a complement to Binance Chain, which went live in April 2020 to support decentralized trade.

Binance chain is the first blockchain from Binance. It is an independent blockchain working on a PoS consensus mechanism. Though optimized for fast decentralized trading BSC lacks smart contracts and strong programmability.

As Binance Smart Chain offers cross-chain compatibility features, there is a high hope that it will soon become the go-to blockchain platform for developers in 2023.

Since Cardano was created by the co-founder of Ethereum Charles Hoskinson, Cardano and Ethereum share many similar features. This makes them both tussle for the top spot in becoming the best blockchain platform for 2023.

Cardano is the first blockchain platform to adopt a PoS mechanism. Also, the recent upgrade of the Alonzo hard fork would help anyone to design and deploy their own smart contract.

Cardano is focused on facilitating transactions in its native crypto (named ADA) and providing a convenient environment for developers to create scalable and reliable Cardano-powered applications.

Also Read: Solana becoming a Cardano Sidechain: What to Expect

TRON is known as the future of blockchain technology. TRON is developed with a few basics from the Ethereum blockchain. Additionally, the transaction fees are comparatively much lower. TRC is the native token for TRON.

Similar to Ethereum it has token standards of TRC-20 for fungible coins and TRC-721 for NFTs on the TRON blockchain platform.

What makes it different from Ethereum is its transaction speed as it can handle roughly 2000 transactions every second. TRON is built on a three-layer architecture with storage, core, and application layers. The TRON protocol uses Google protocol buffers, which allow multi-language extensions.

Given that, developers are tempted to shift to TRON, making it quite a popular blockchain platform in the crypto market.

Polkadot is known for having unique capabilities that no other blockchain platform, such as Bitcoin or Ethereum, can match. Polkadot is a decentralized protocol that connects unrelated blockchains and allows value and data to be sent between them without the use of an intermediary.

It’s also built to be scalable and fast, thanks to a technology that employs multiple parallel blockchains known as parachains. It shifts a significant amount of processing load away from the main blockchain via parachains.

Developers are drawn to this innovative blockchain platform as it provides ever-increasing speed proportional to its expansion in the future.

Polkadot is not only a decentralized protocol but also a token. The Polkadot token (DOT) serves two main functions within the Polkadot network; as a governance token and as a staking tool. Polkadot uses a proof-of-stake mechanism to secure the network, verify transactions, and create and distribute new DOT.

Avalanche is a blockchain platform that offers a fusion of scaling capabilities and quick confirmation times through its Avalanche Consensus Protocol. Its PoS mechanism helps it to process 4,500 transactions per second (TPS) which is way higher than Ethereum which stands at 14 TPS.

The native token AVAX is a utility token that secures the network. AVAX also serves as the Avalanche DeFi ecosystem’s medium of exchange. Simply put, the token is used as currency within the network, typically for fee collection in transactions, incentives, and many other use cases.

Avalanche was built to address many of the issues most blockchain networks face. Due to the tremendously powerful processing speed and low gas fee, it becomes a perfect choice for developers looking for an Ethereum alternative. 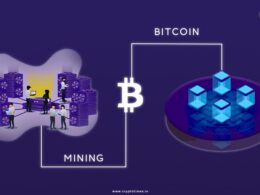 What is Bitcoin Mining and Why is it Important?

Why Binance has a bright future ahead?

Many analysts consider ETH 2.0 to be a new top blockchain to watch, which is a highly speculative… 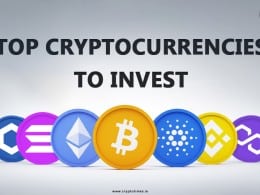 Top 10 Cryptocurrencies to invest in 2023

Let’s open up your mental model to imagine a decentralized world where cryptocurrency is in everybody’s hands. Well,…

When venturing into trading and investing, there are some roads that are most traveled since they have been…
Total
34
Share