The CEO and Founder of the collapsed Turkish crypto exchange Thodex, Faruk Fatih Özer, has been banished from Albania after getting arrested in the country, as per an official statement from Turkey’s Interior Ministry.

Thodex, which was once amongst the country’s largest cryptocurrency exchanges, had suddenly stopped trading in April 2021. This led to more than 400,000 users losing funds. At the time, local media reported that Özer had fled to Albania.

After the collapse, a statement was released where in Özer said he had thought of giving up or committing suicide before eventually absconding the country to “stay alive and fight, work and repay my debts.” He also said, “The day I repay all my debt, I will return to my country and give myself to justice.” 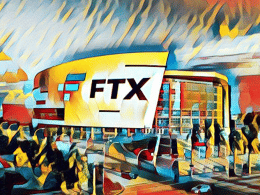 The developer of Ethereum, Vitalik Buterin’s book, titled the “Proof of Stake -The Making of Ethereum and the…